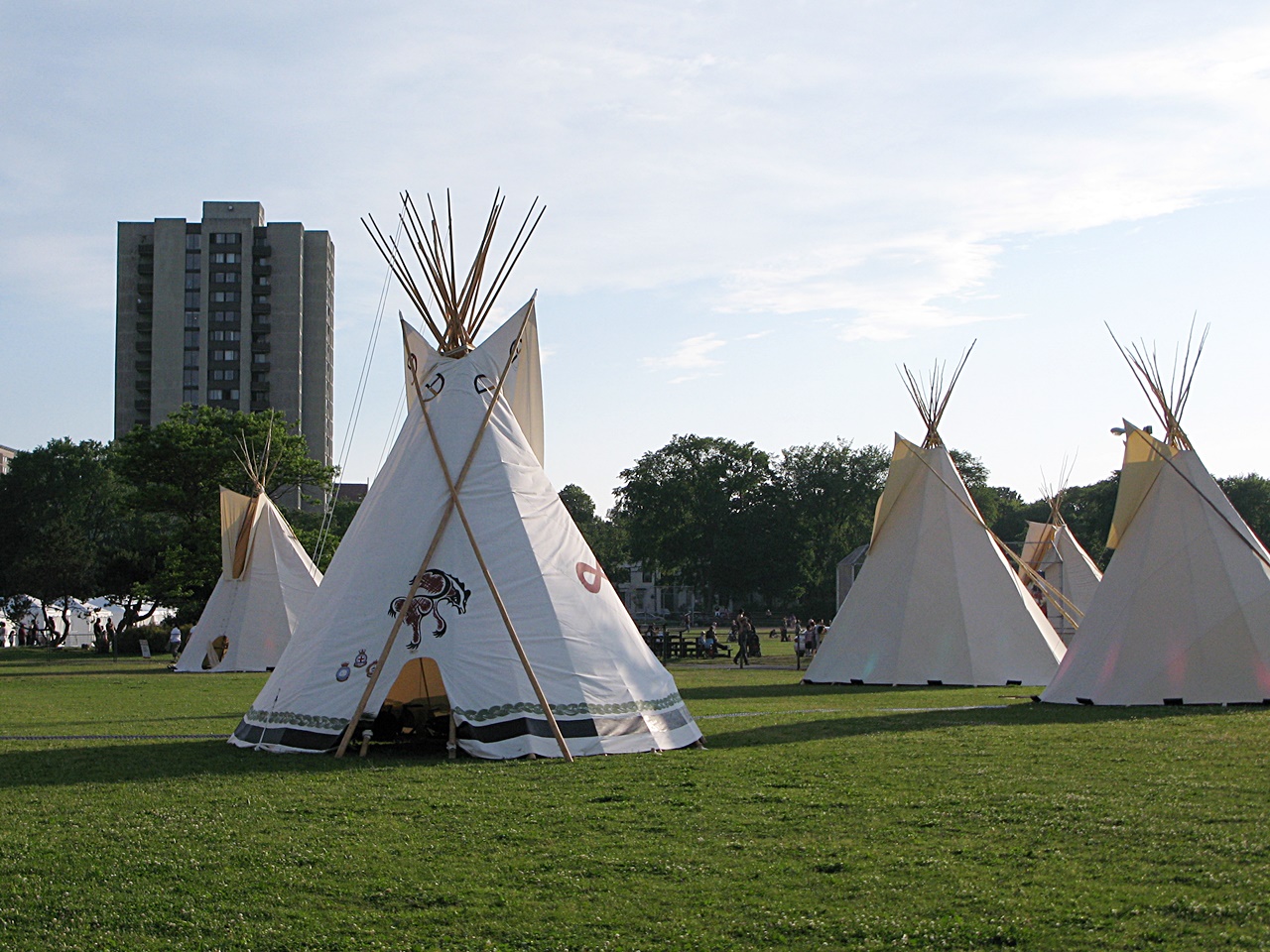 Membertou 400 was held on the Halifax Common over the weekend of June 25th. It celebrated the fact that, four hundred years ago, Membertou was the first aboriginal person to be baptized in what would become Canada. 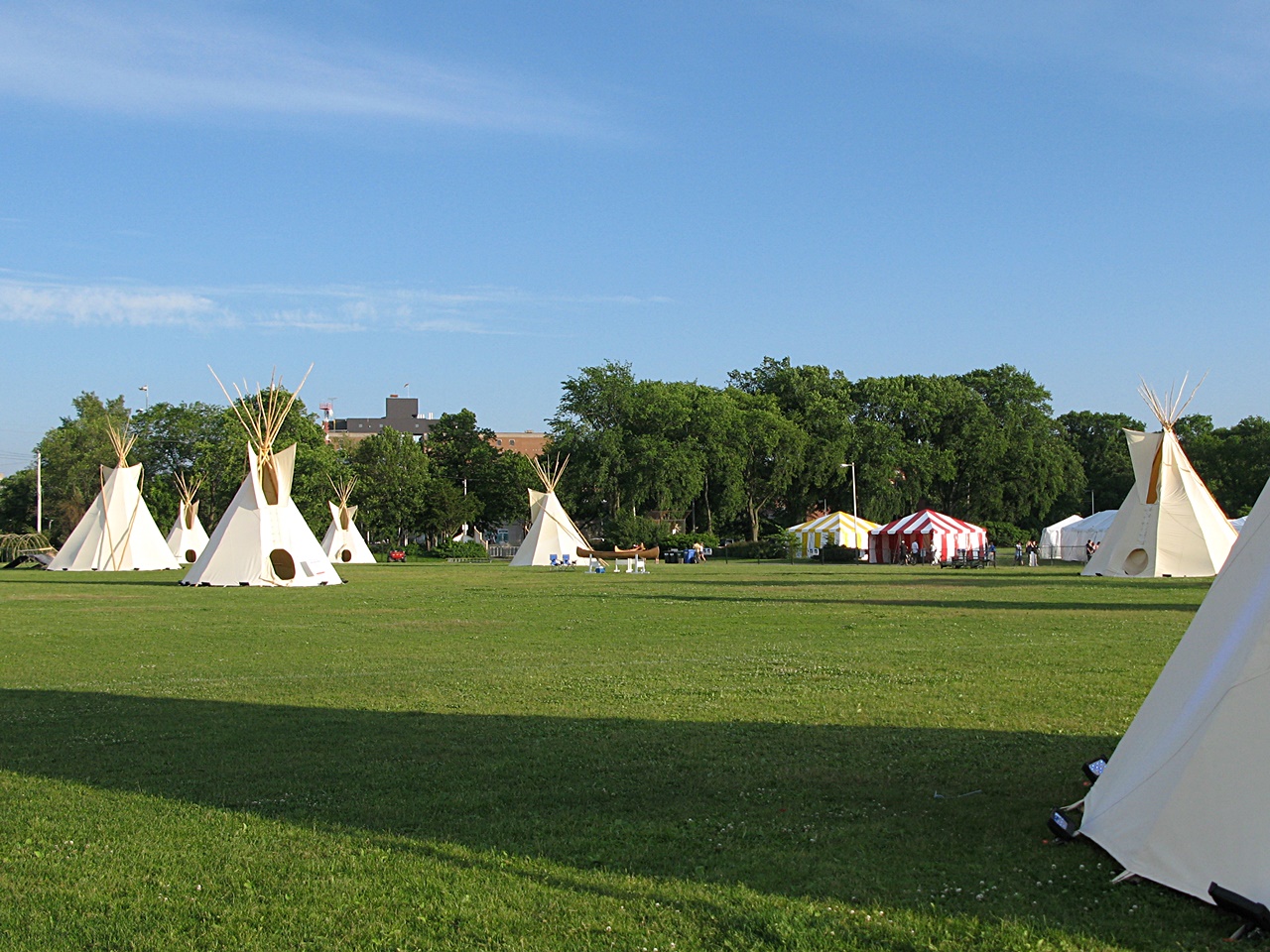 Another photo of the powwow on the Commons. 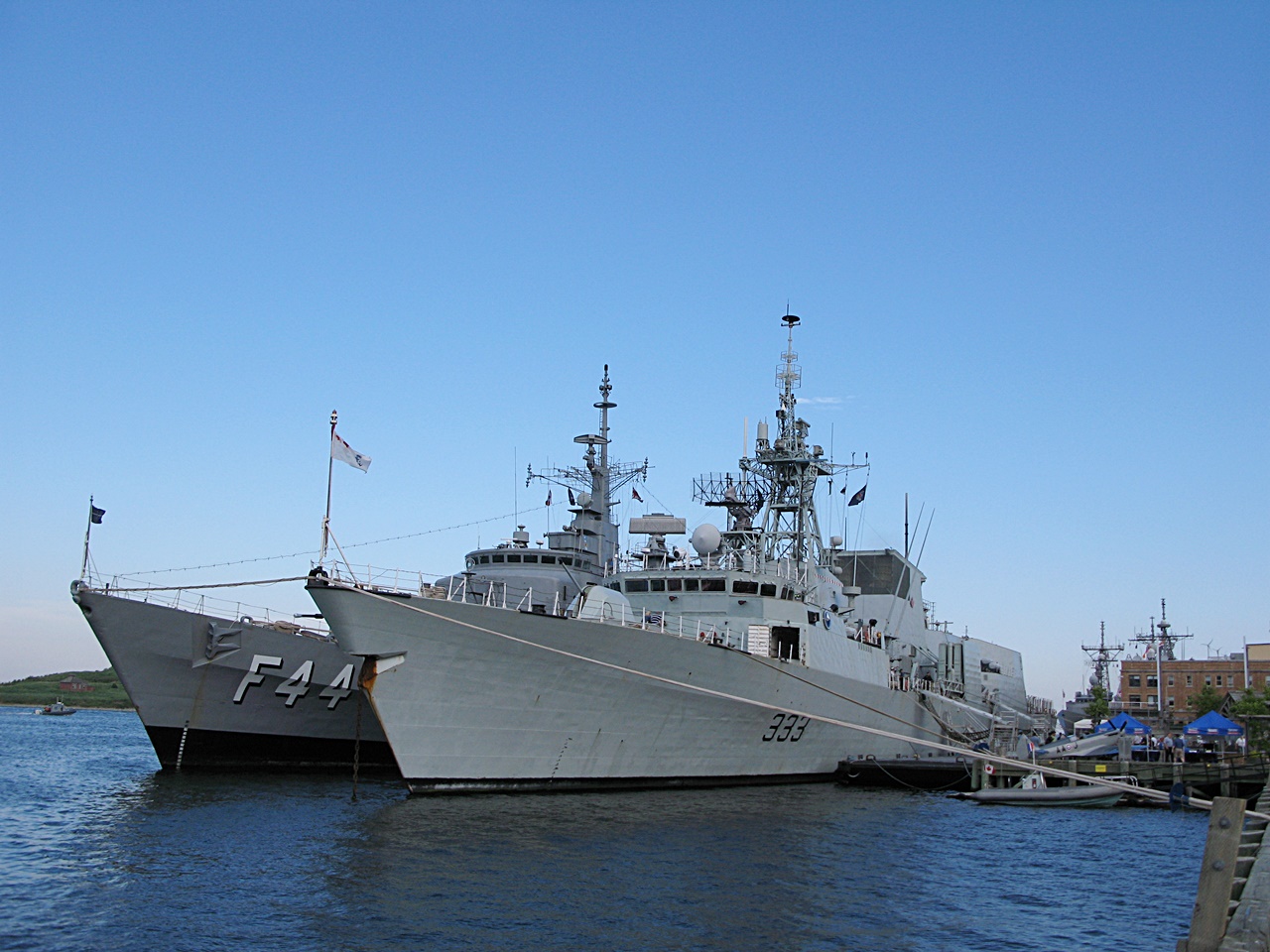 This was also Fleet Week, celebrating 100 years of the Canadian Navy. Here is a Canadian ship and a Brazilian ship, double parked in the harbor at the end of our street. 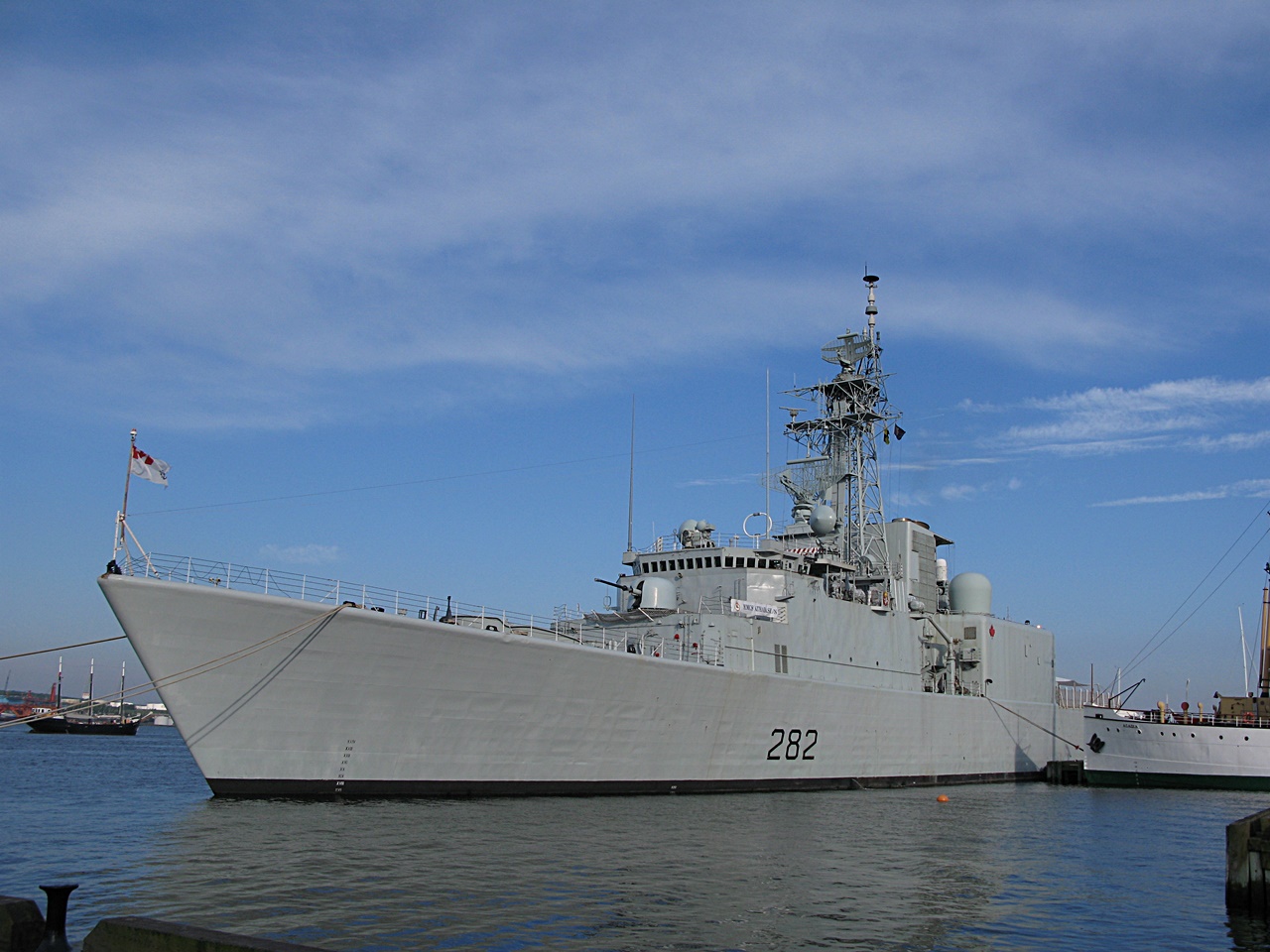 Another Canadian Naval ship, in the harbour for Fleet Week. 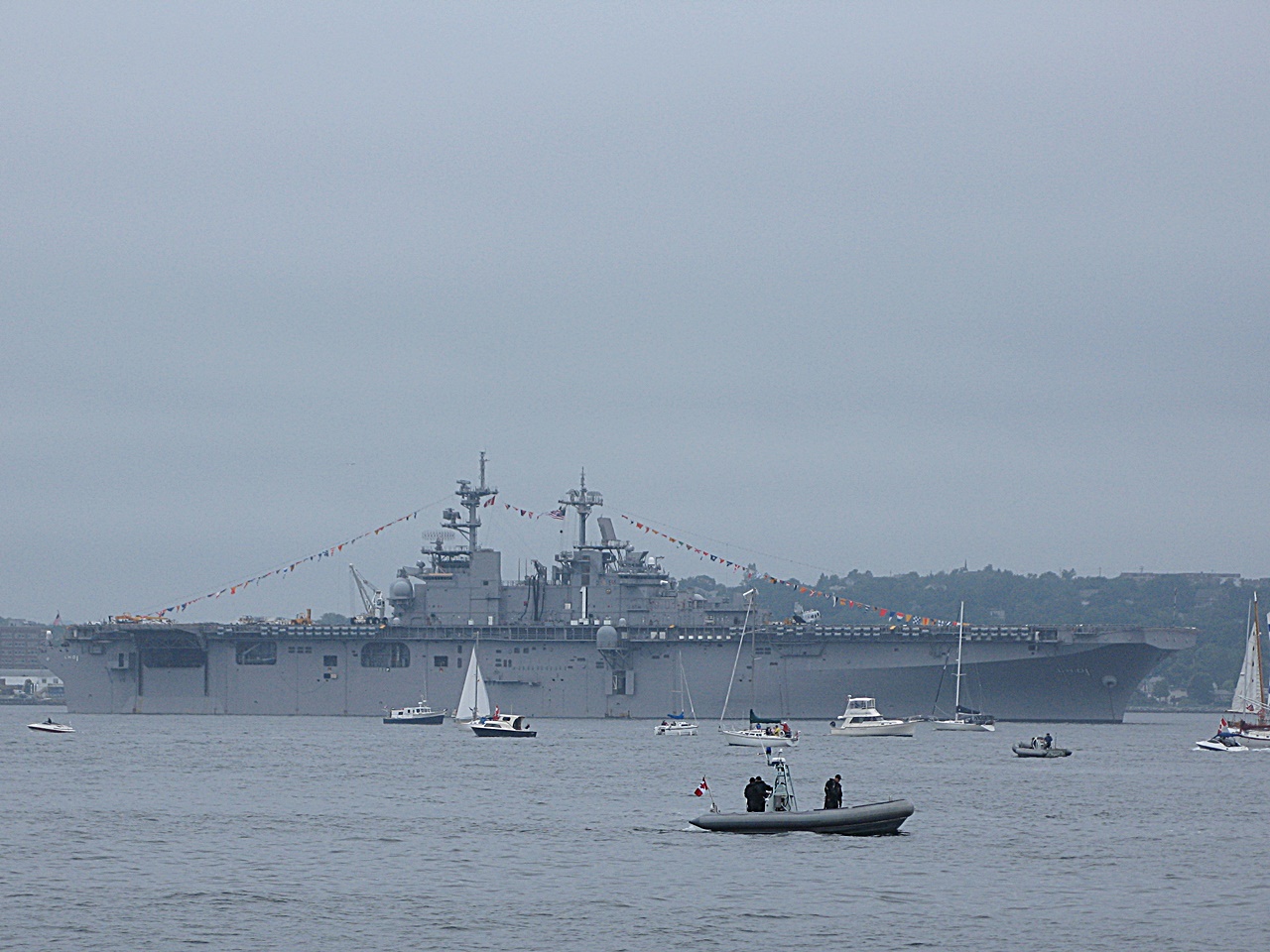 This is an American aircraft carrier, the USS Wasp. We got to go to a reception on board on the Wednesday. 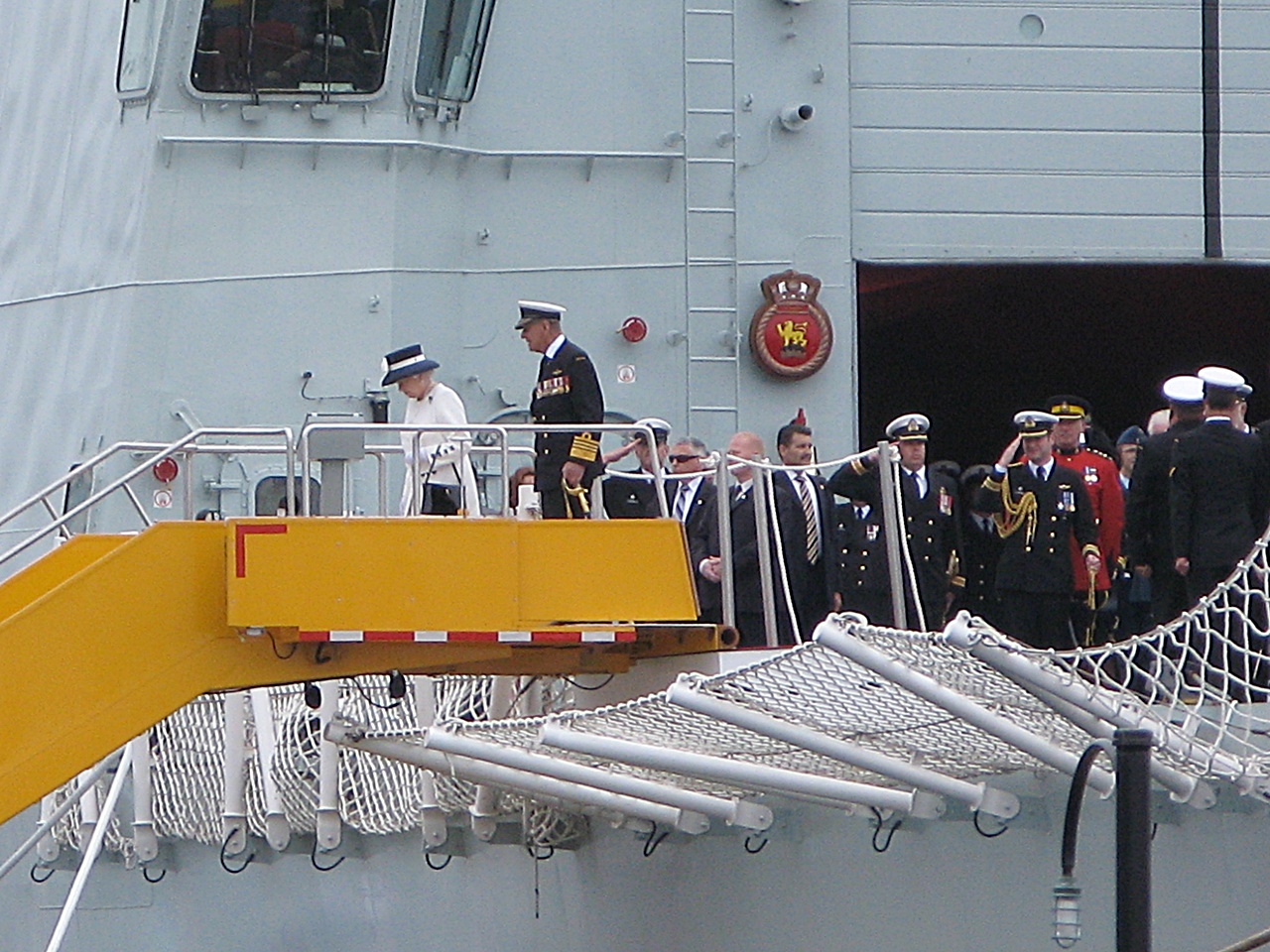 The Queen and Prince Philip, leaving HMCS St. John's after the fleet review. 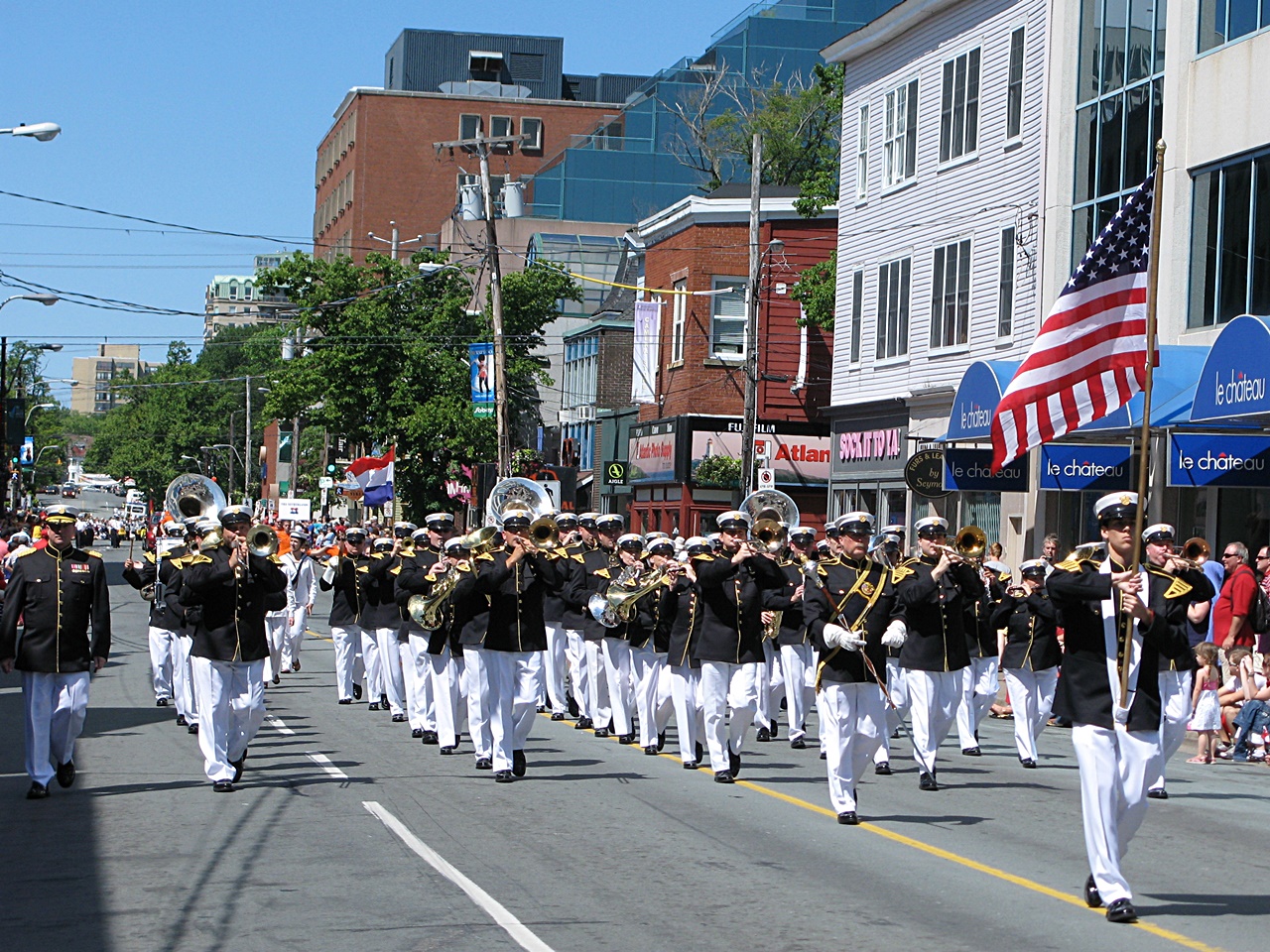 The next event during the week was the annual Tattoo parade on Spring Garden Road on Canada Day. Here is an American Naval Band.

More marchers in the Tattoo parade. 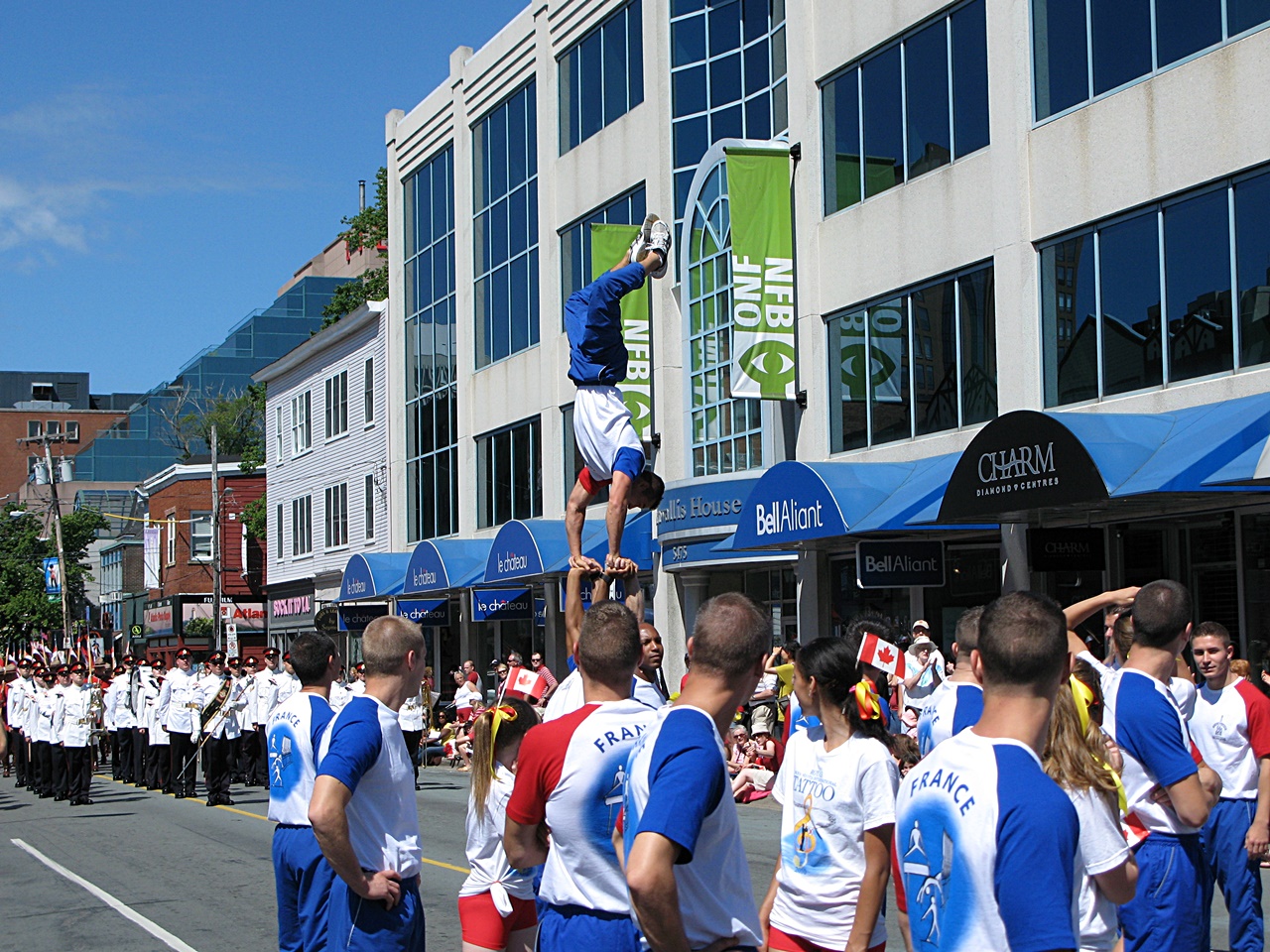 Acrobats from France, performing during the parade.