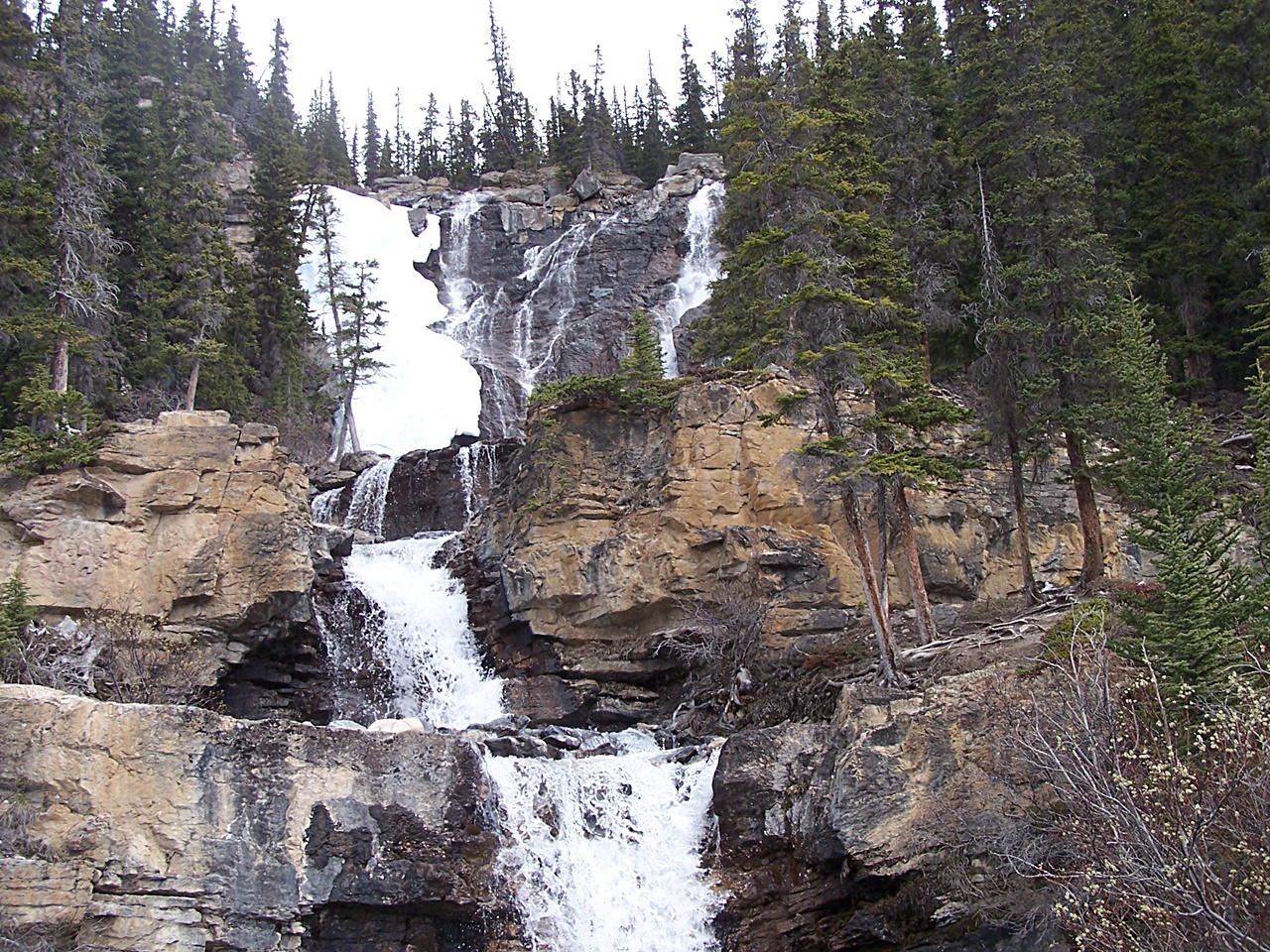 Tangle Creek Falls. Its around 20 degrees outside but that big blob of white on the left part of the upper falls is still snow. 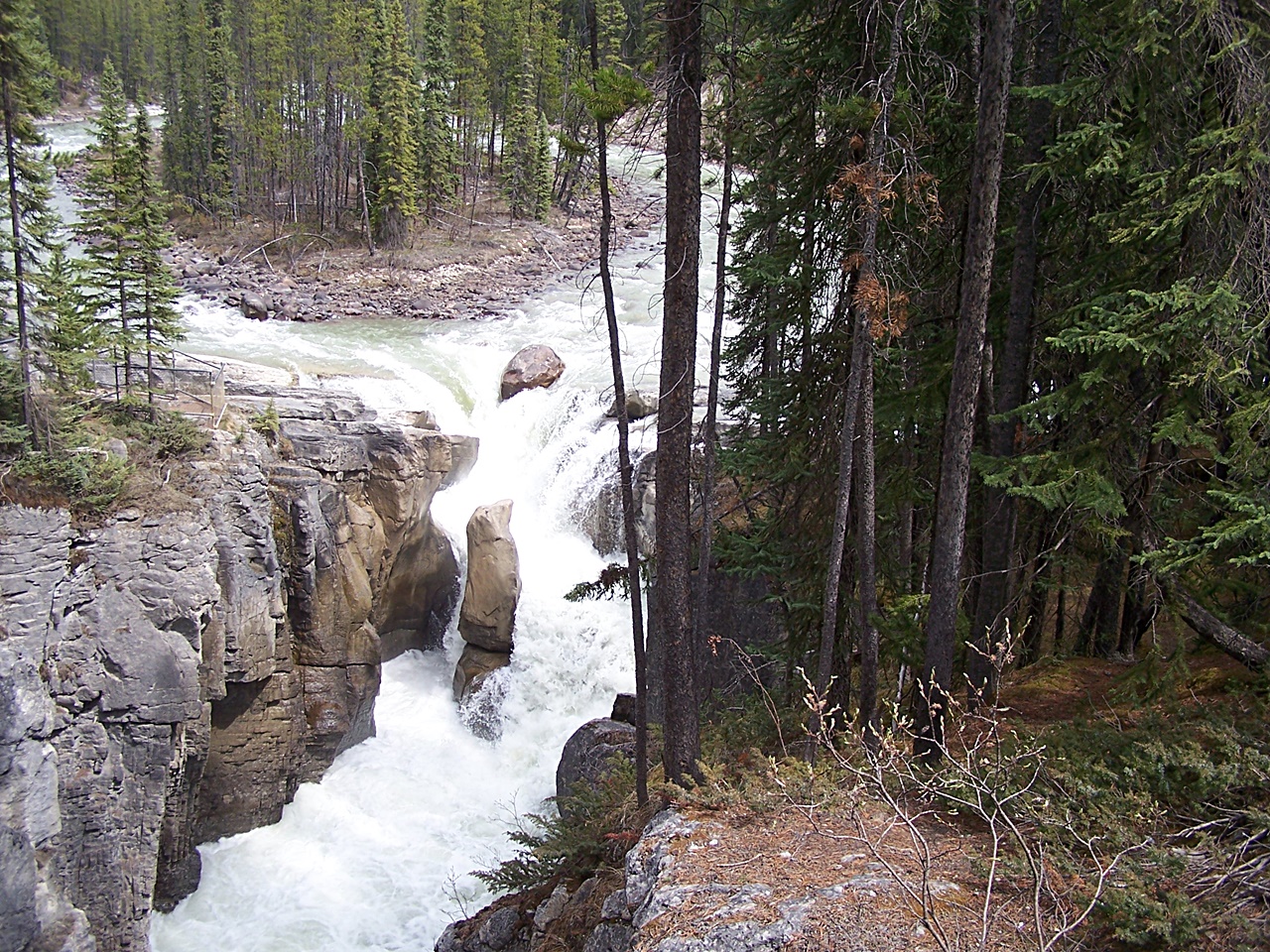 Sunwapta Falls on the Columbia Icefields Parkway on the way to Jasper. 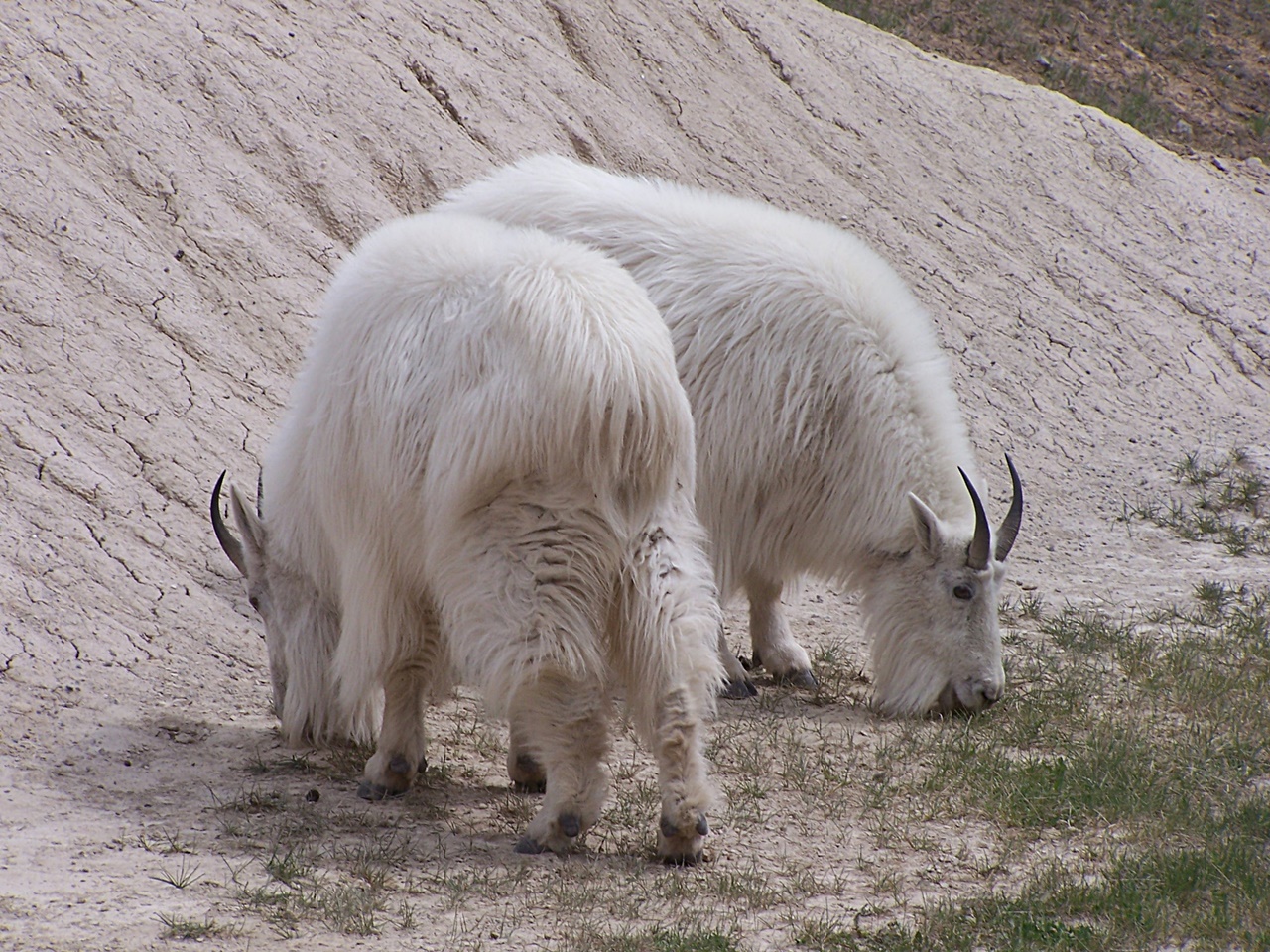 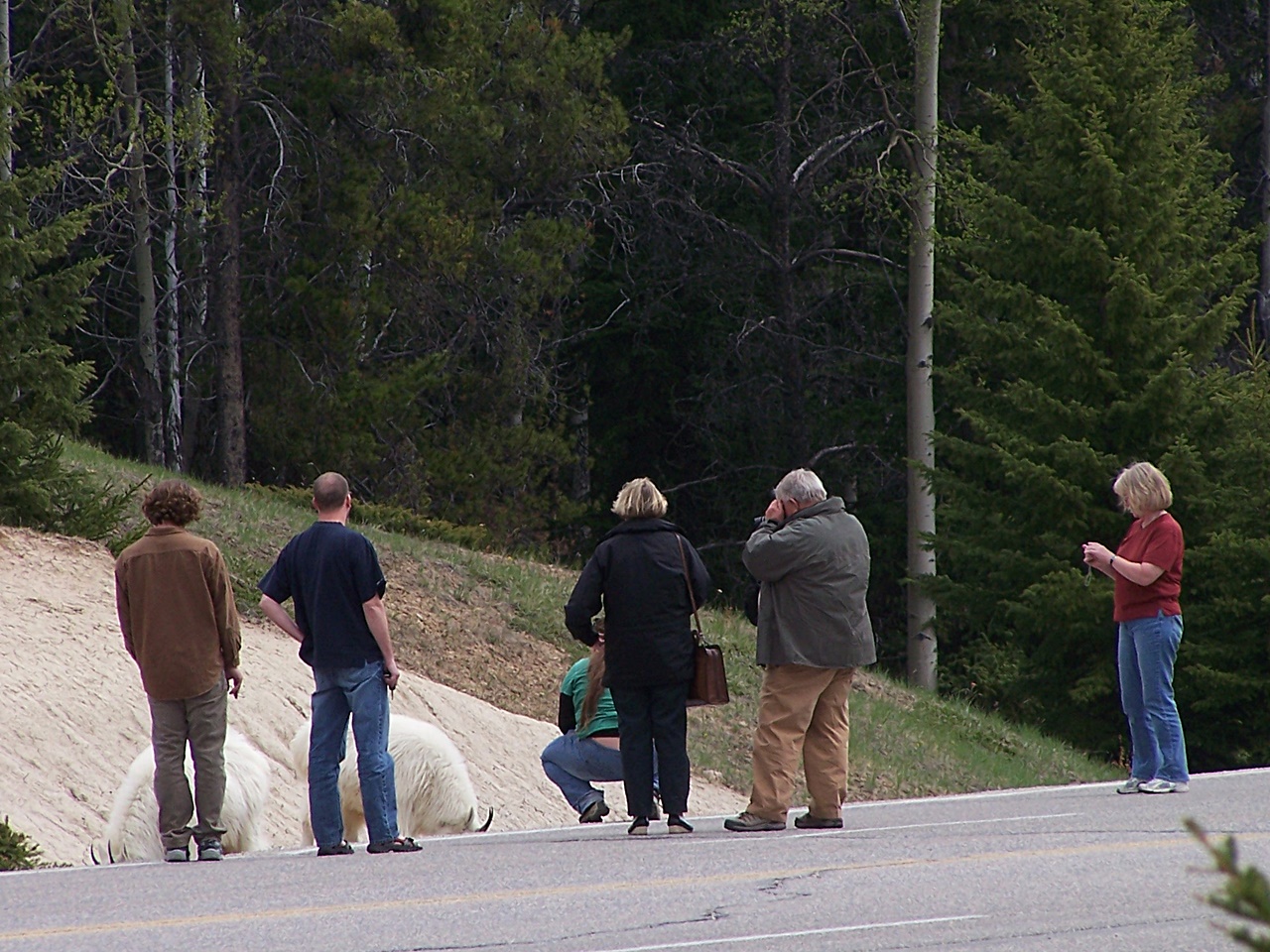 The same two mountain goats, with the picture taken a little further back. Shows how 'wild' the wildlife was! 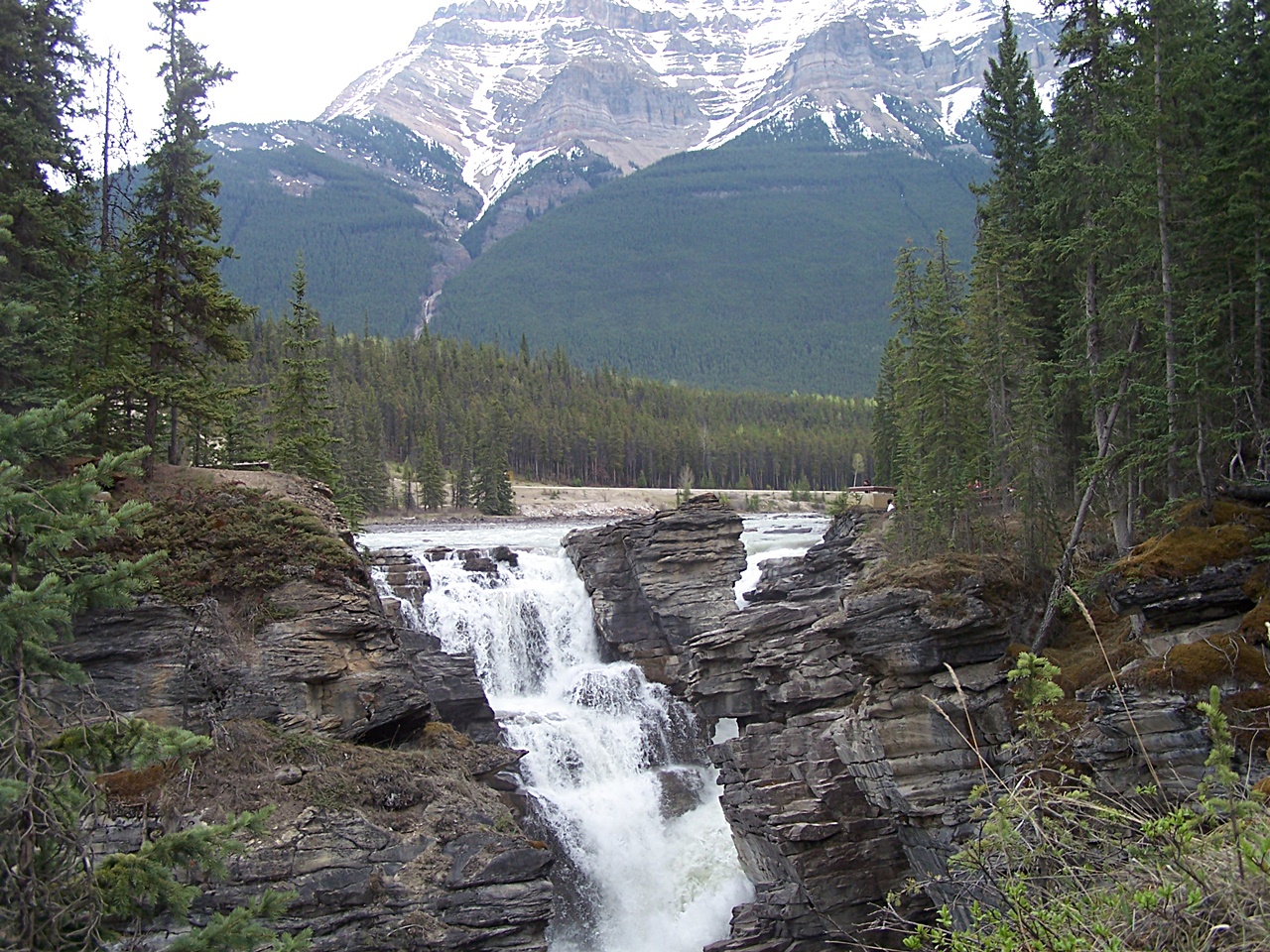 Athabasca Falls, near the Columbia Icefields. 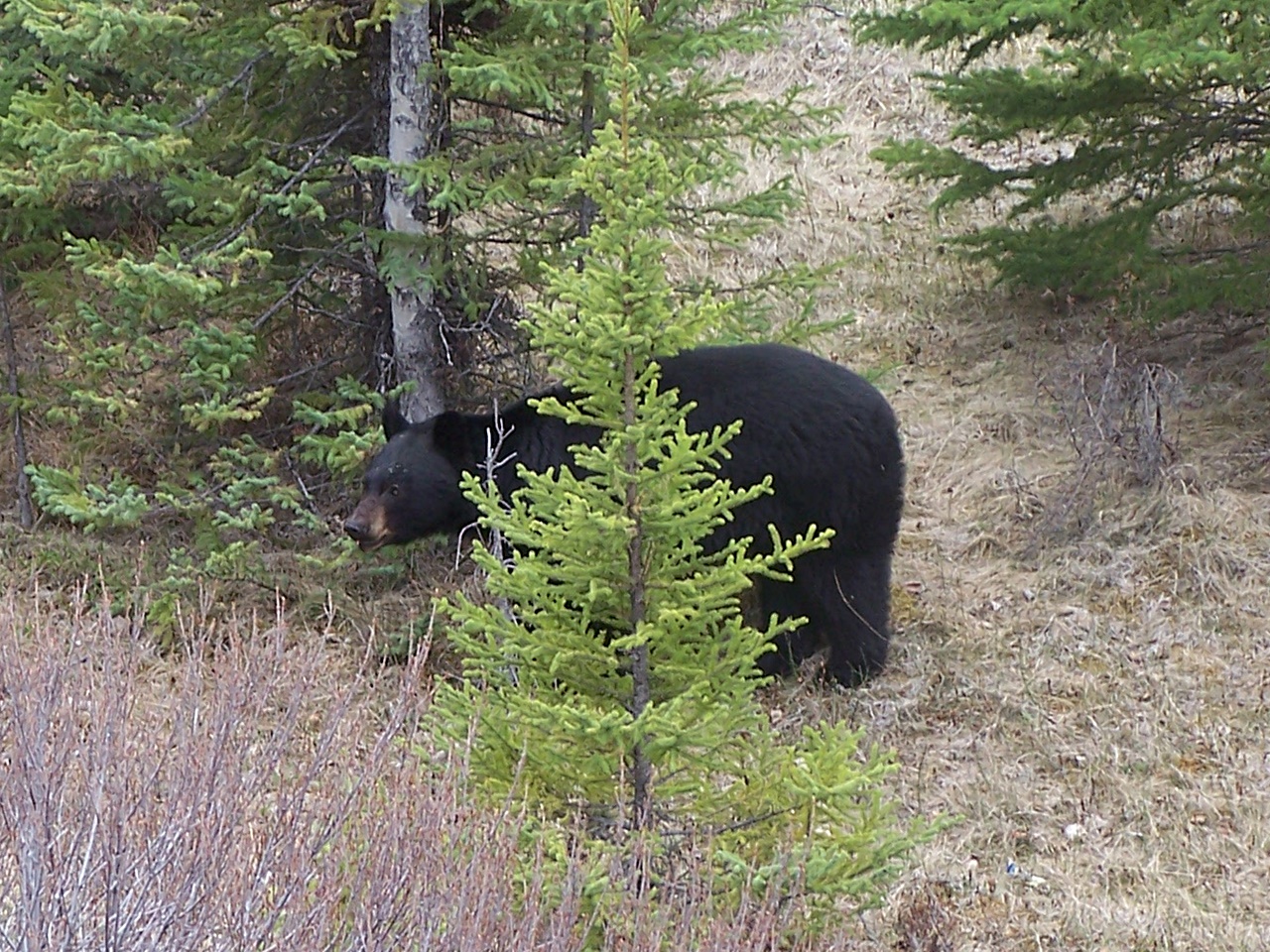 There's a black bear down there but you probably can't see him, he's hiding behind a tree. 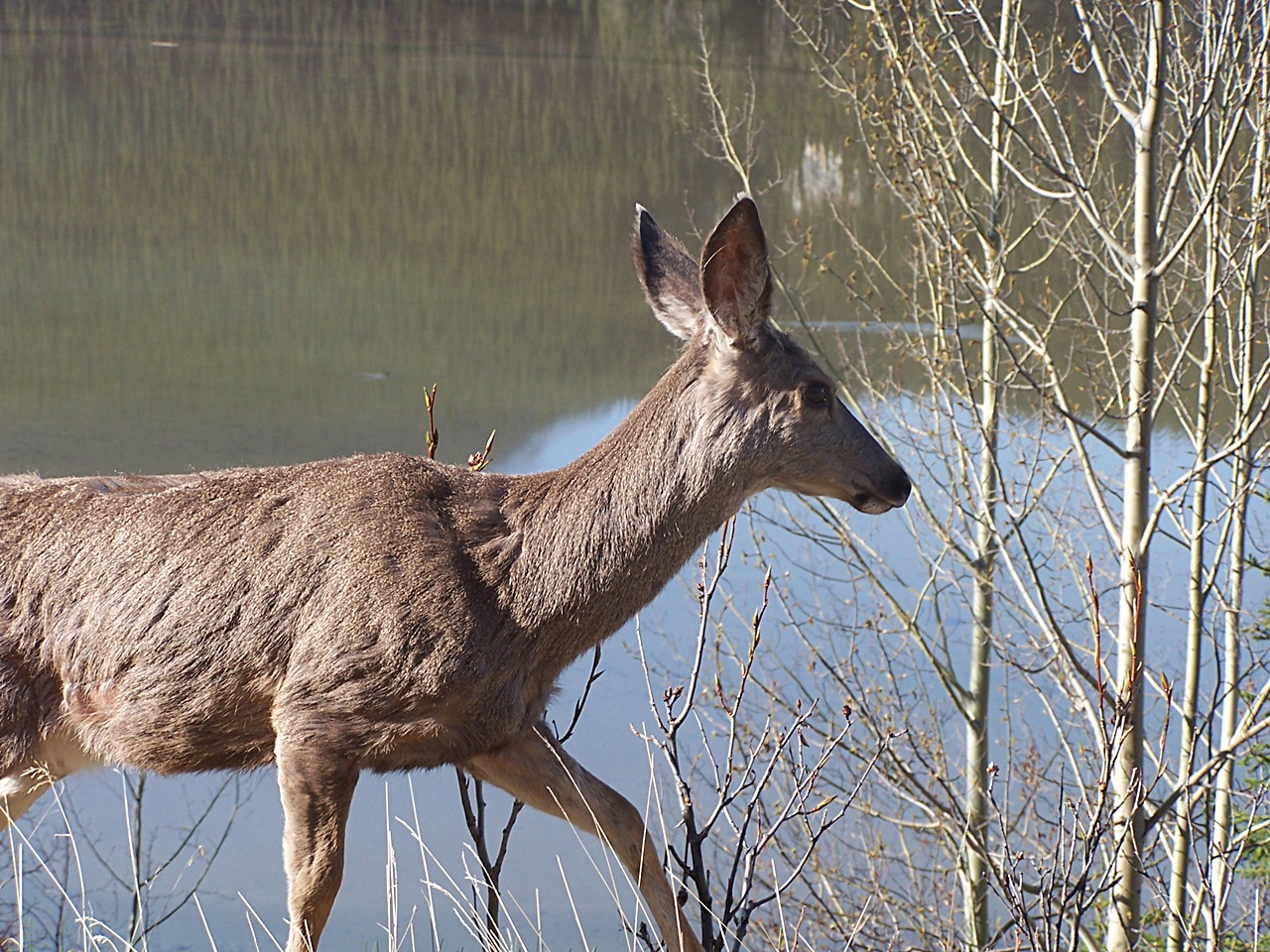 I just got my picture in time before this fella took off. 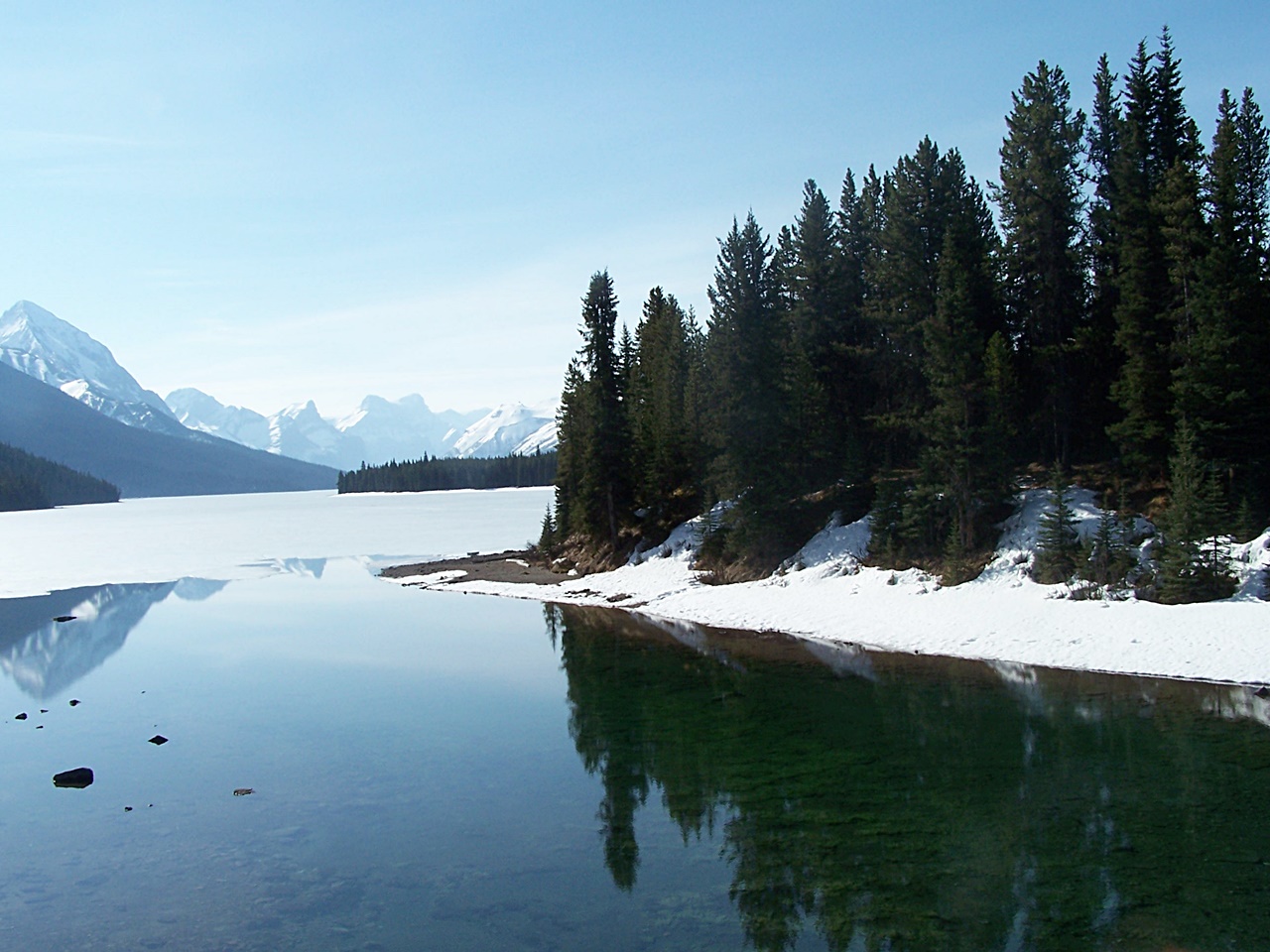 Maligne Lake. Another couple of weeks and the ice will probably be gone. Then the mountain reflections will be really nice! 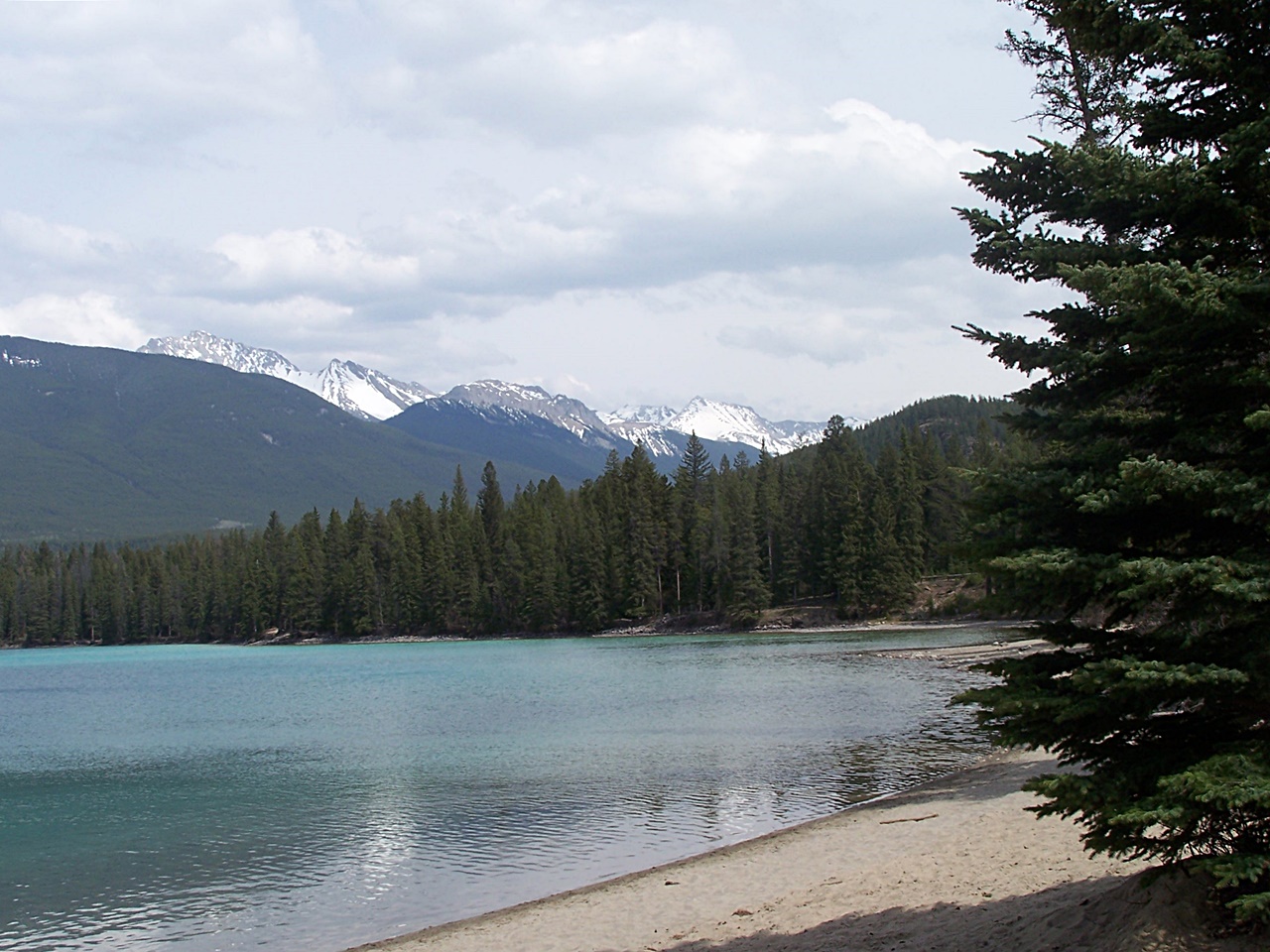 A quiet mountain lake near Jasper. 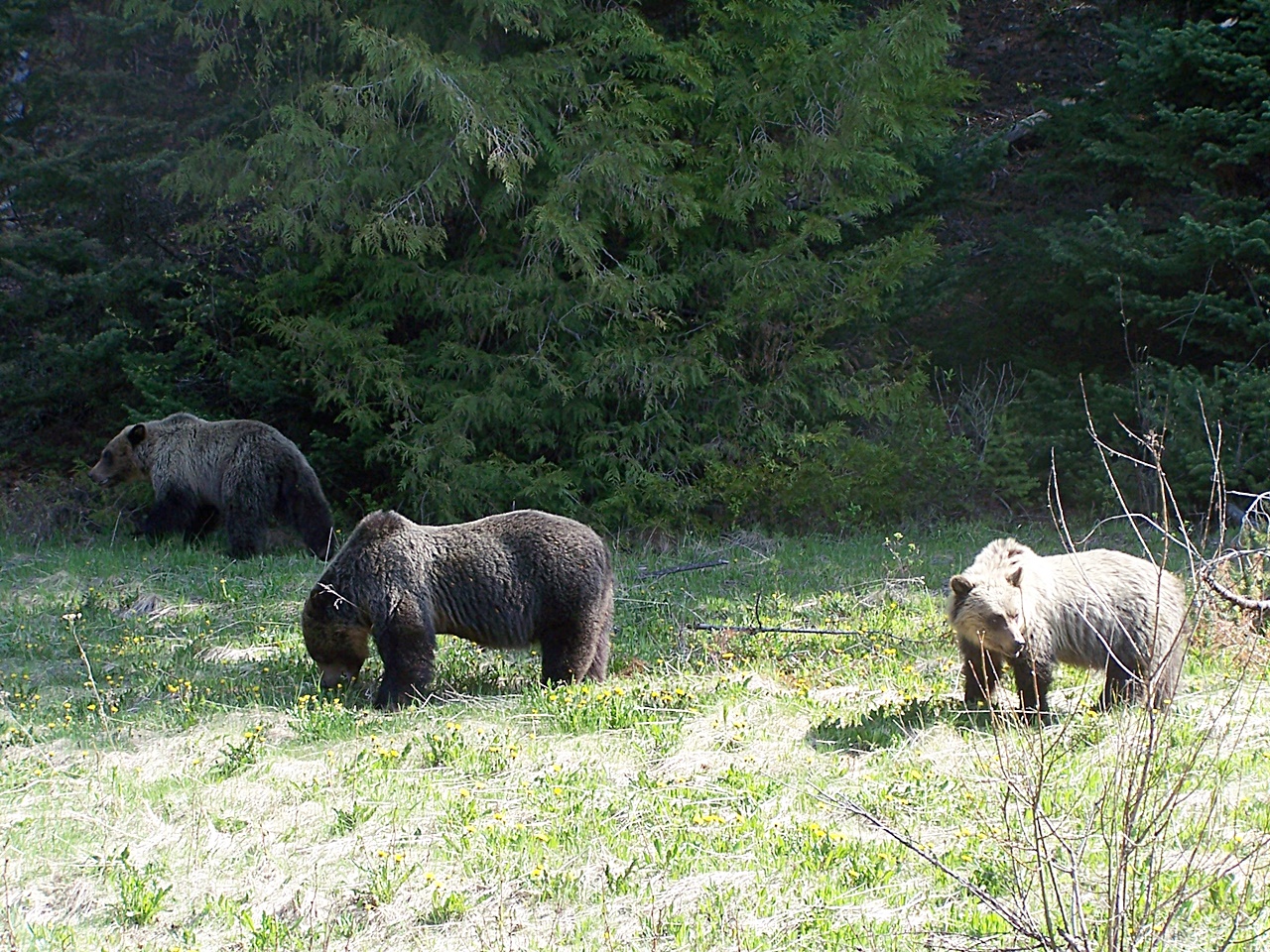 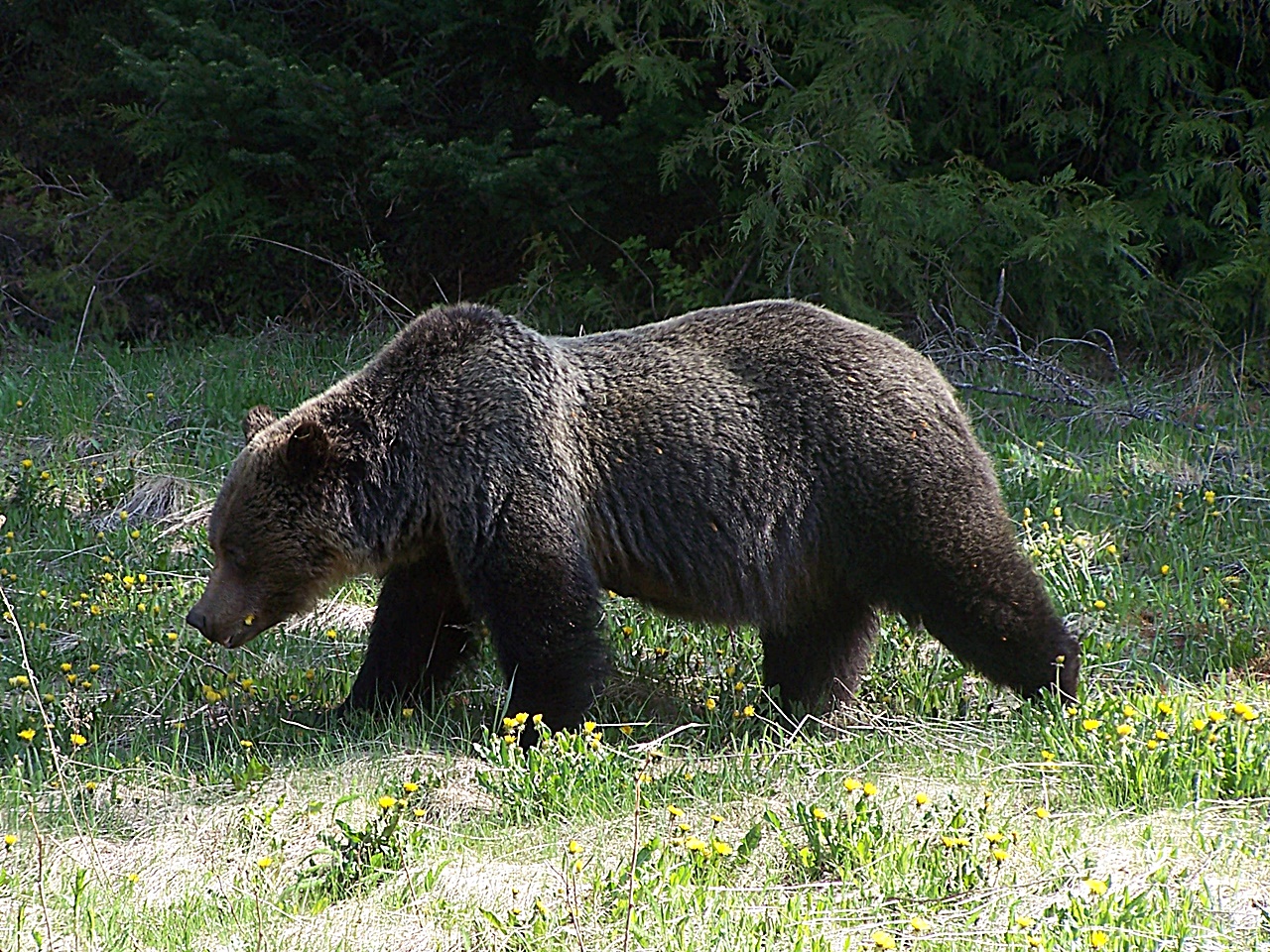 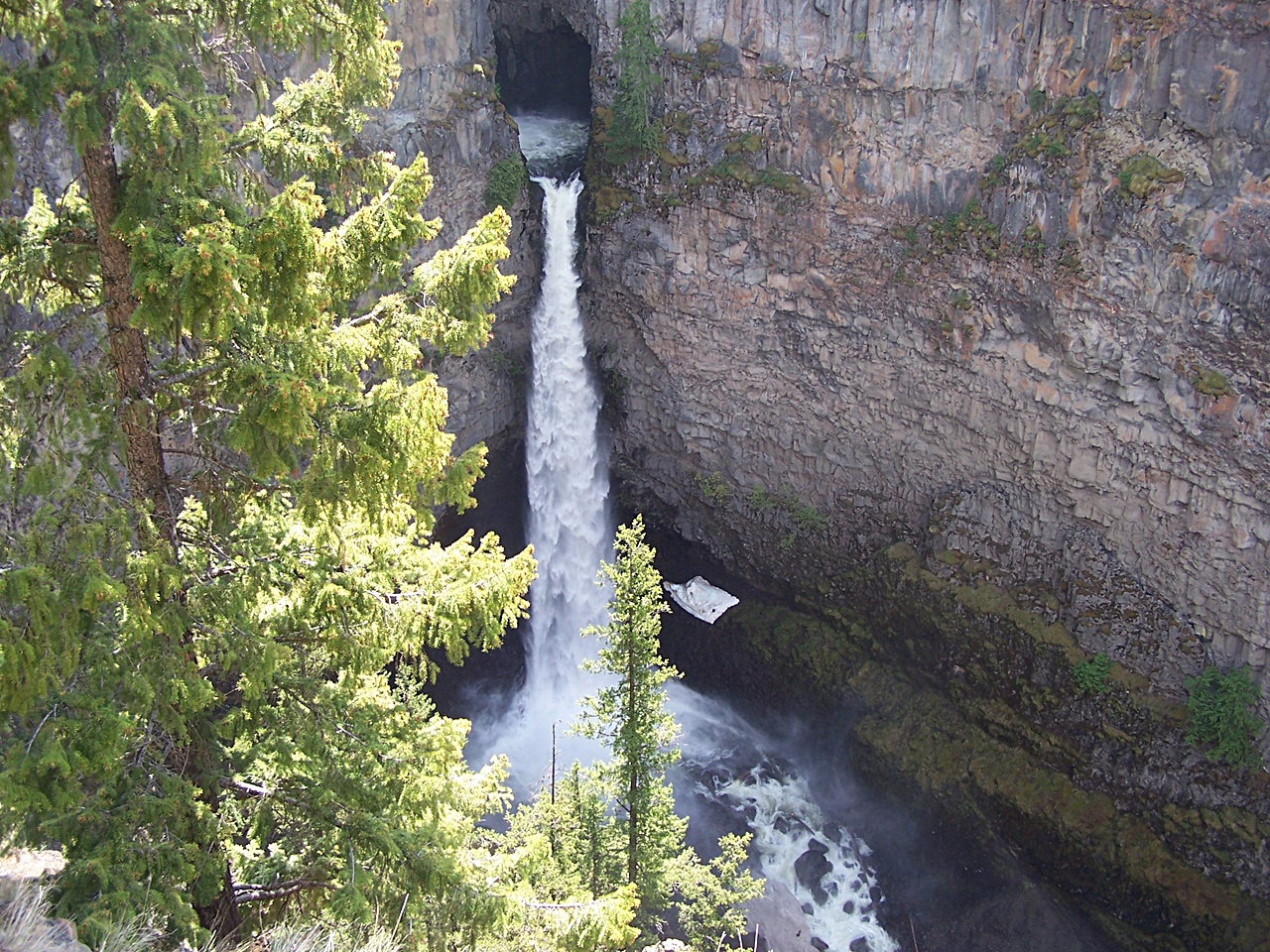 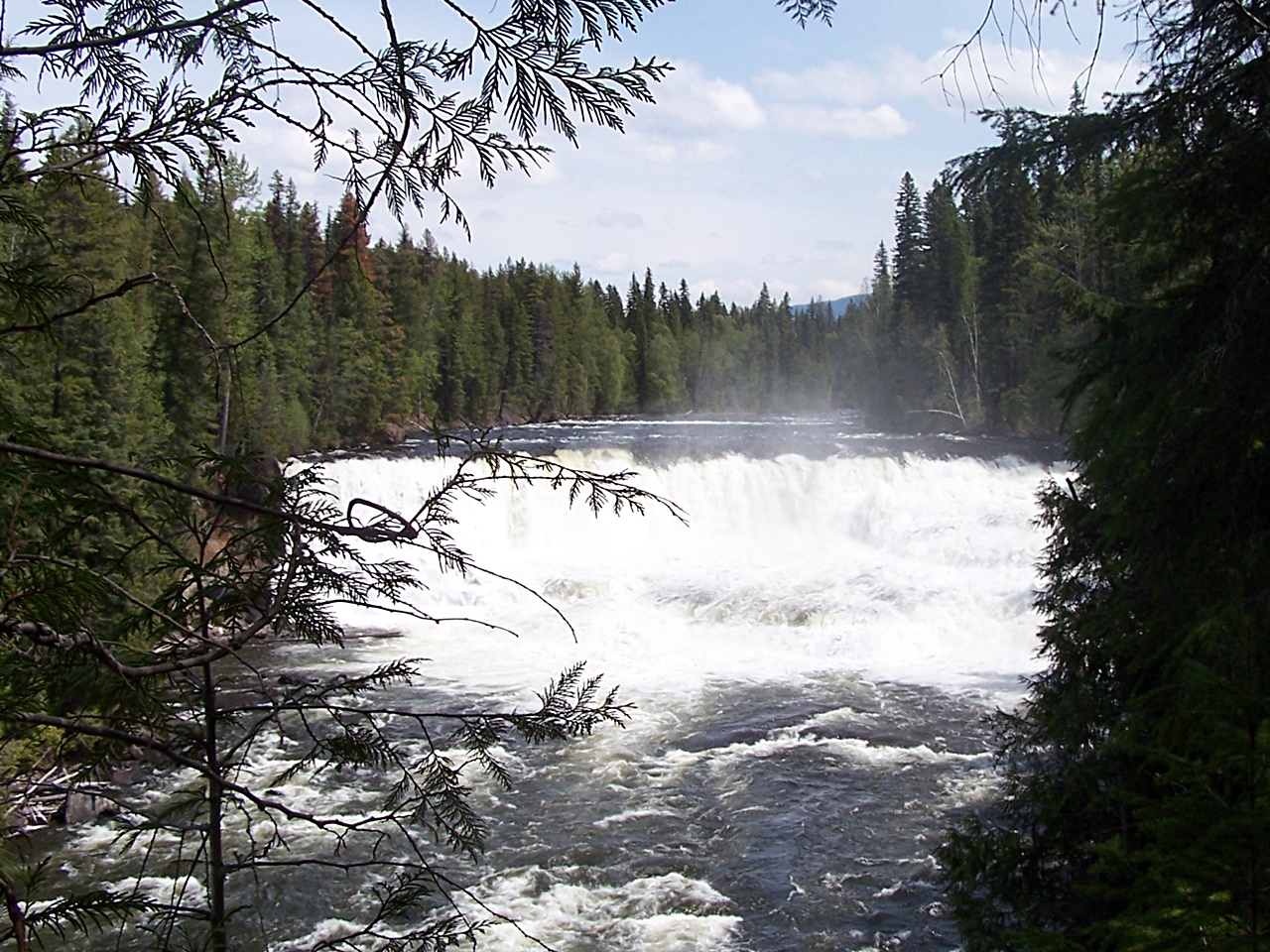 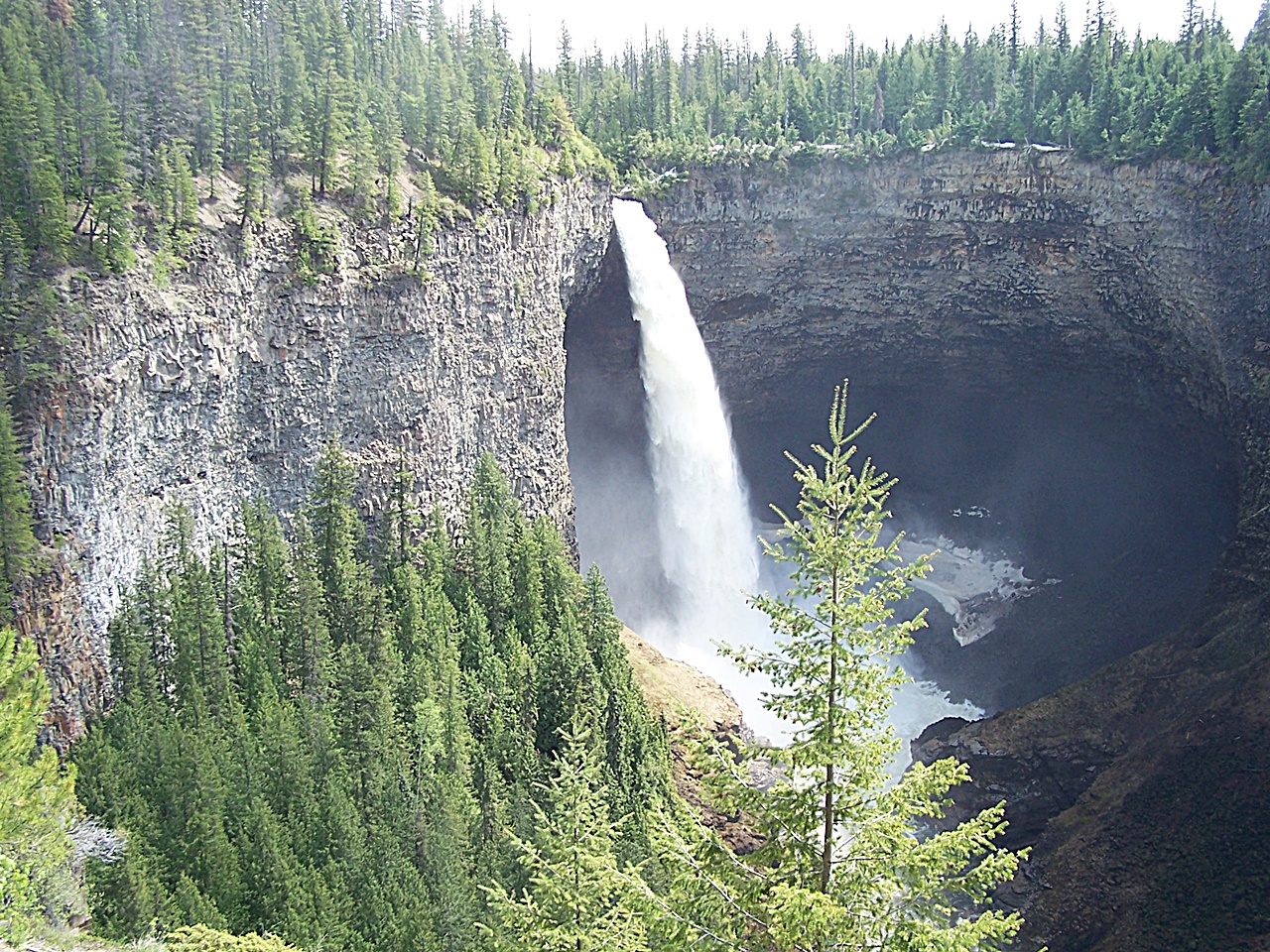 And my favourite falls in the park, Helmcken Falls, three times as high as Niagara. 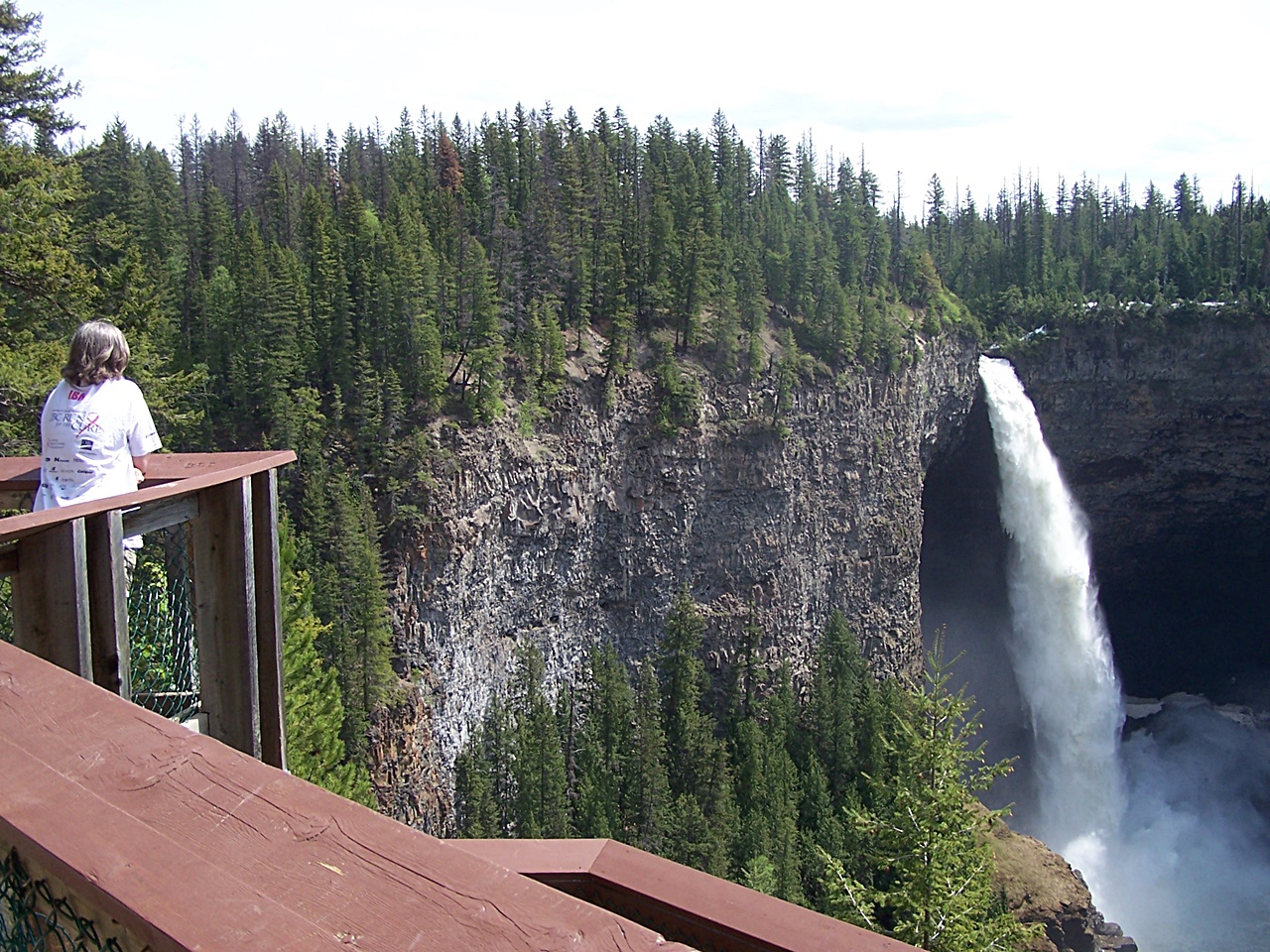 Debbie has a great location for viewing Helmcken Falls.