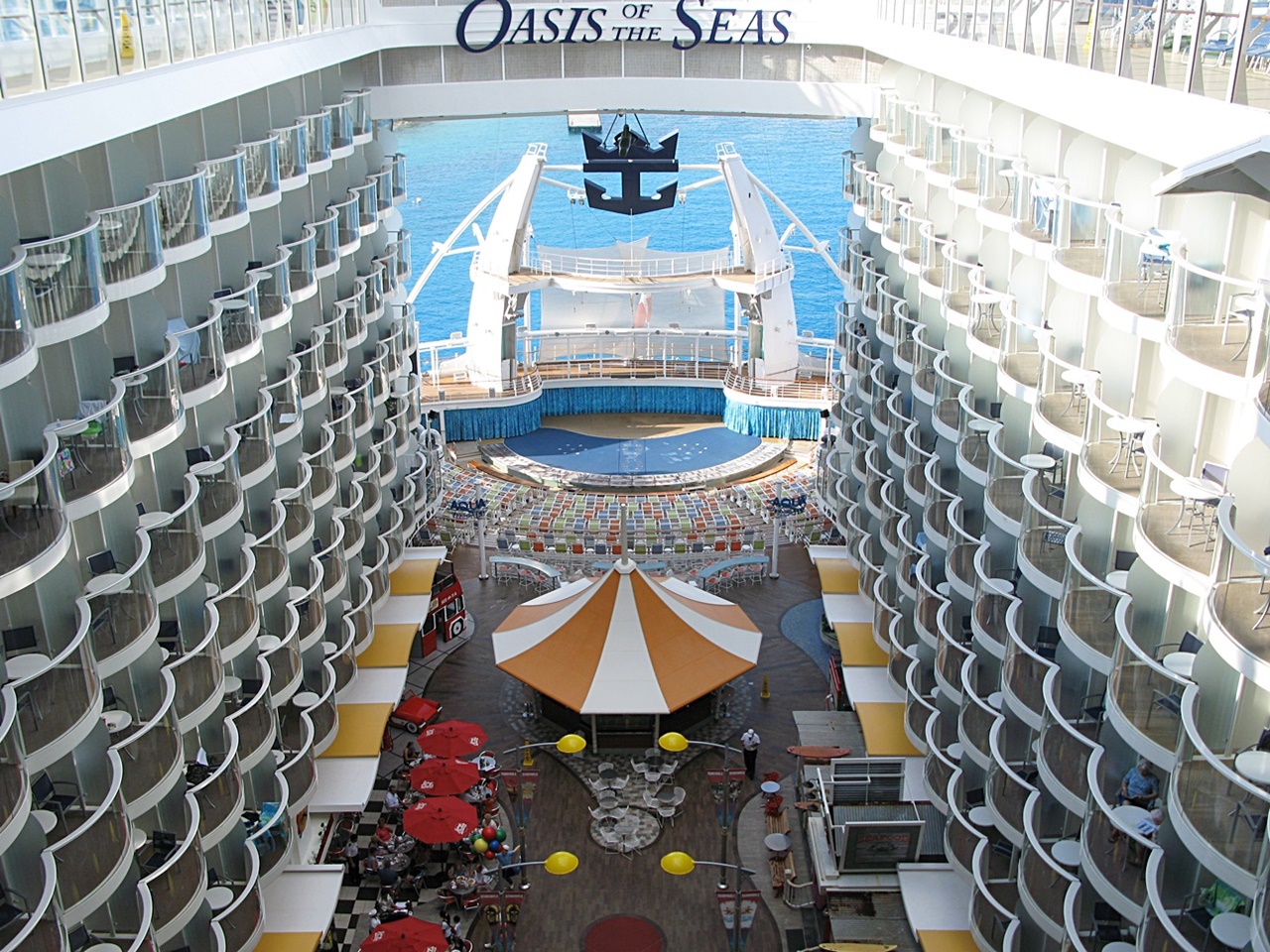 This was 'our' neighbourhood, the Boardwalk. Our balcony (second row from the top, on the left side) overlooked it and the stage at the back of the ship. 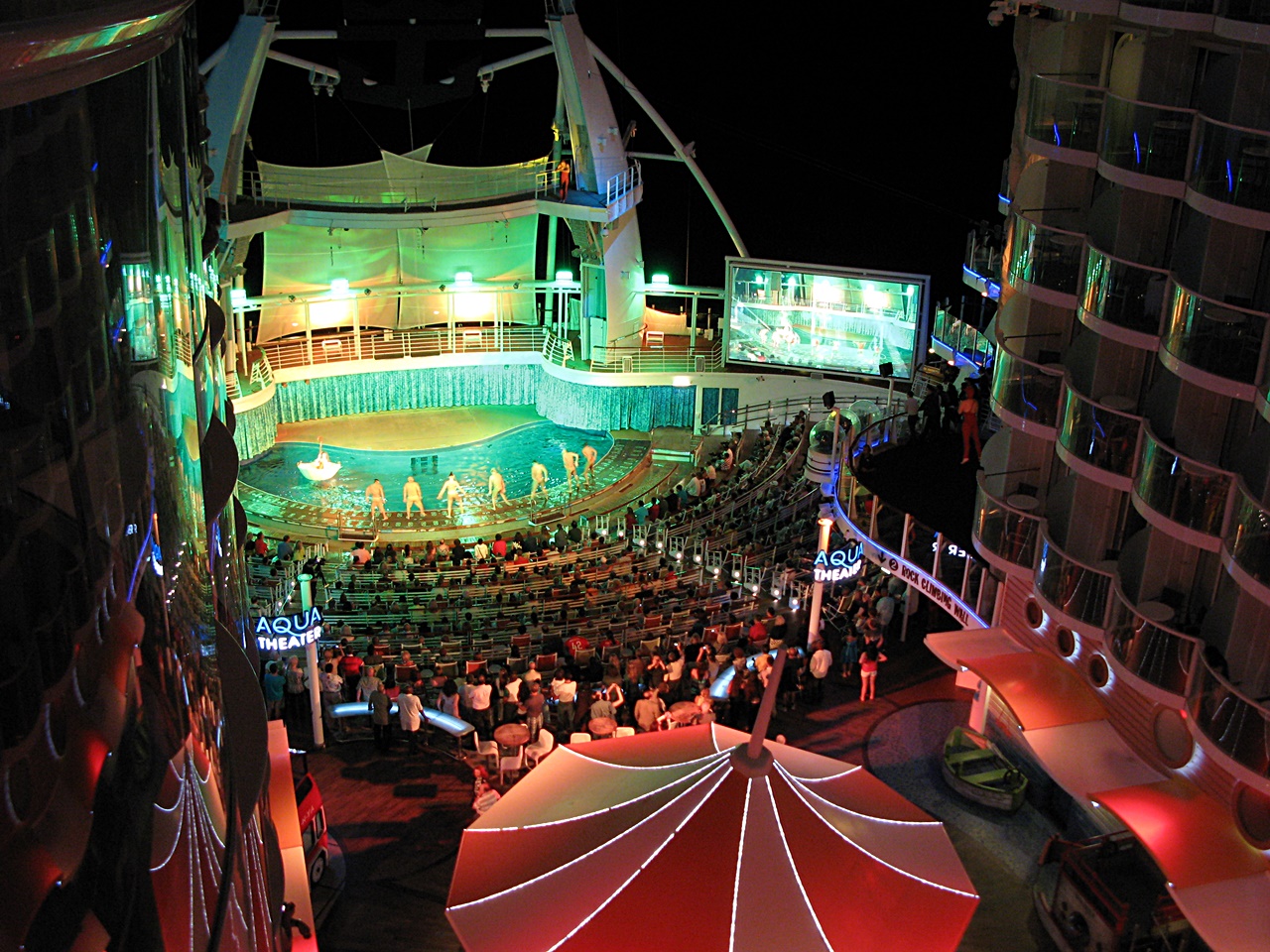 We had reservations to see the water show in the Aqua Theatre later in the week but we were able to watch the whole show from our balcony the first night so didn't need to go down to the theatre itself. 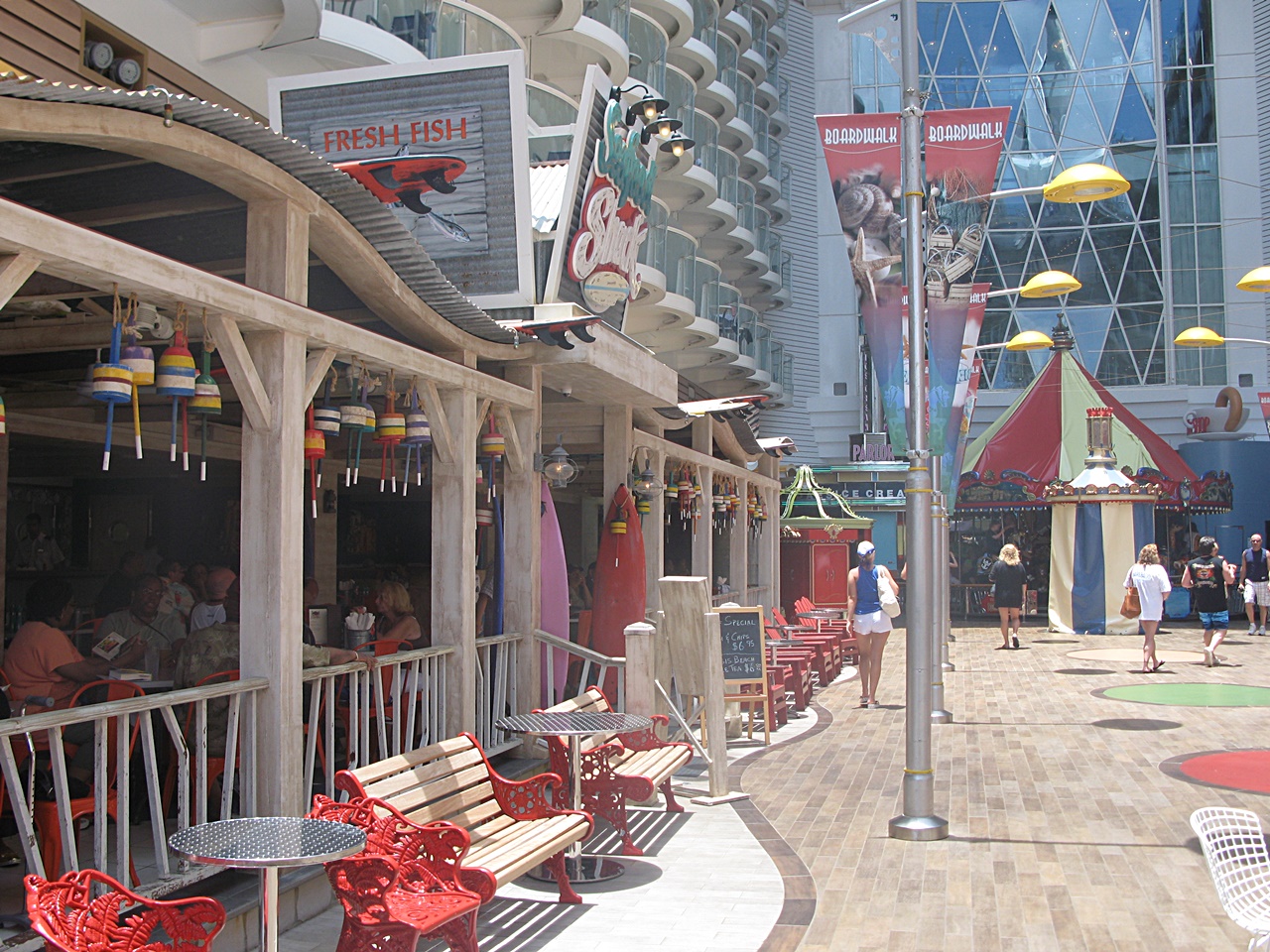 On the Boardwalk were a number of restaurants and shops, an ice cream parlor and a carousel. Just like being on a real boardwalk! 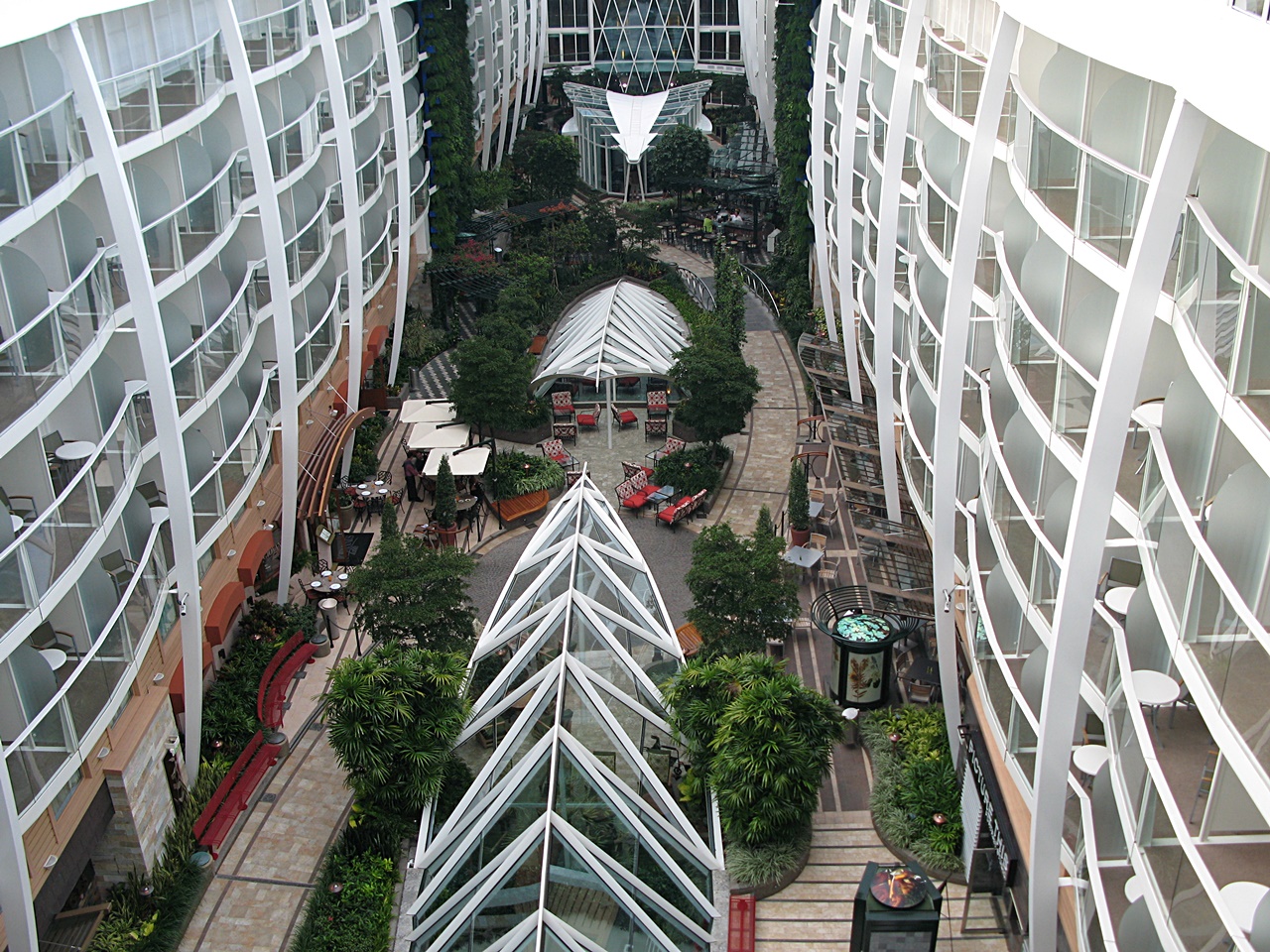 A second neighbourhood on the ship was Central Park. It was much quieter than the Boardwalk, containing mainly restaurants and a few shops in a park-like setting. 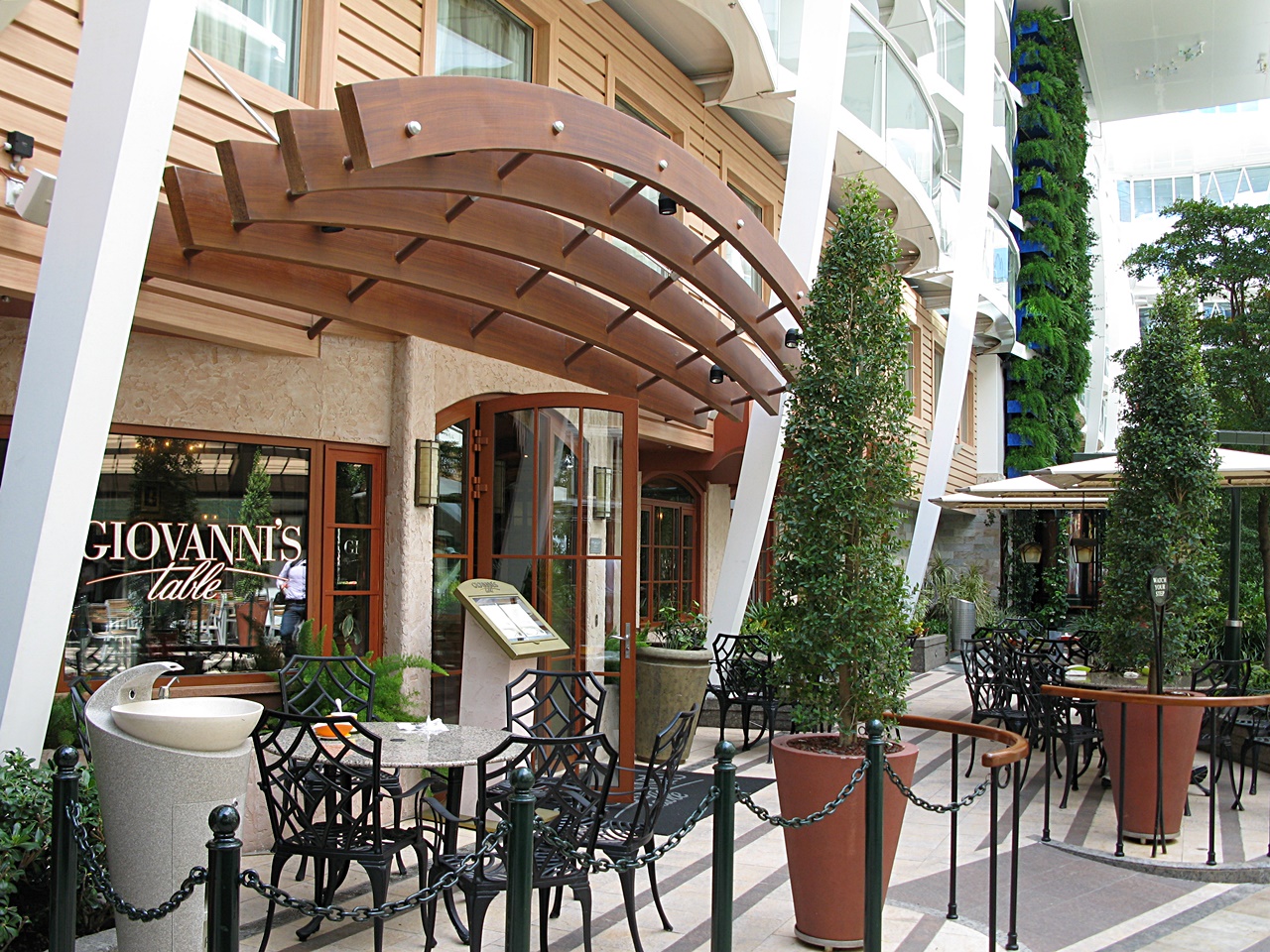 Giovanni's was one of the specialty restaurants in Central Park. We had a very good lunch there on our last full day on the ship. 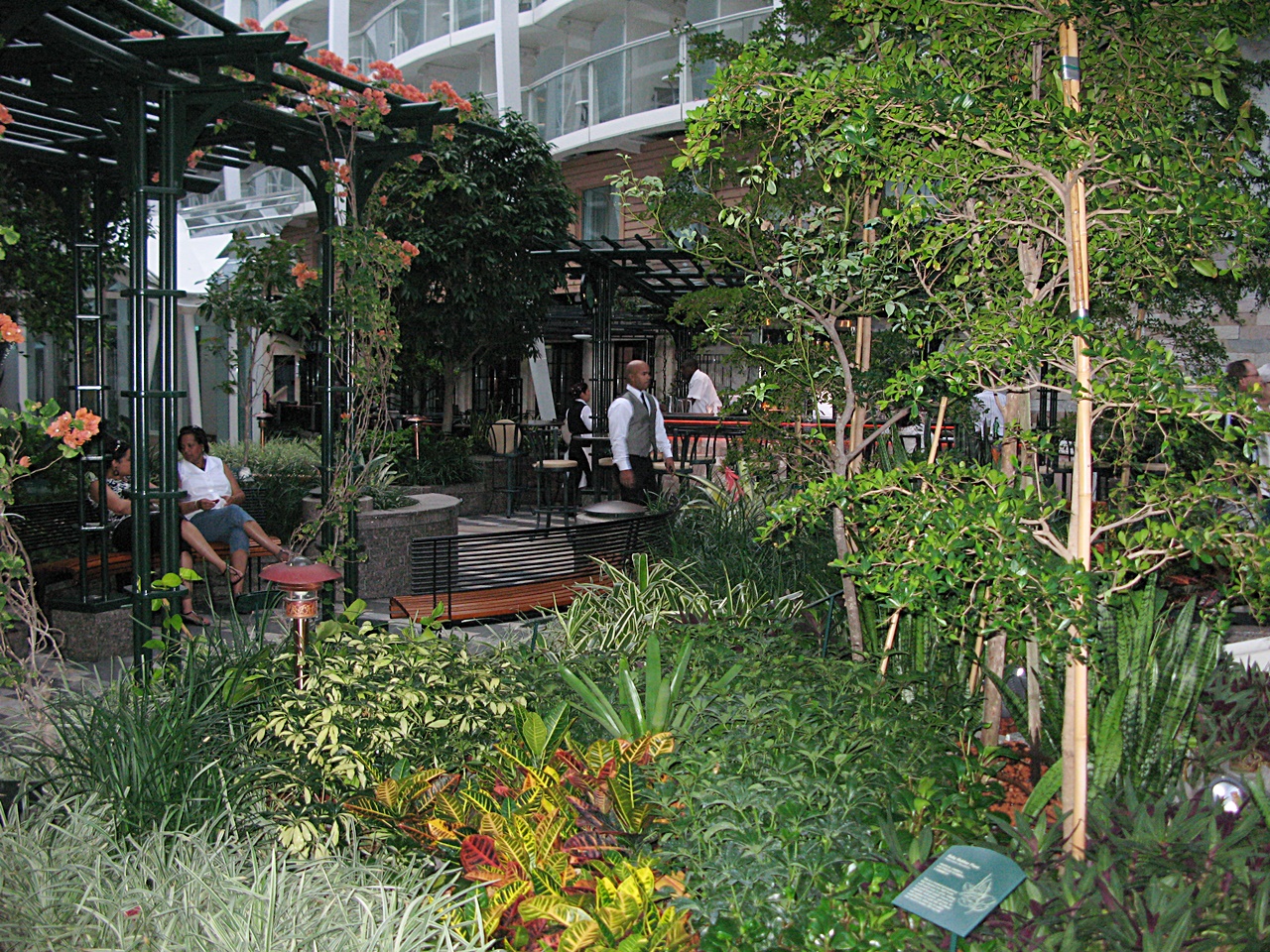 Looking through the foliage to one of the outside bars in Central Park. There were 24 bars and lounges on the ship. We didn't get to all of them! 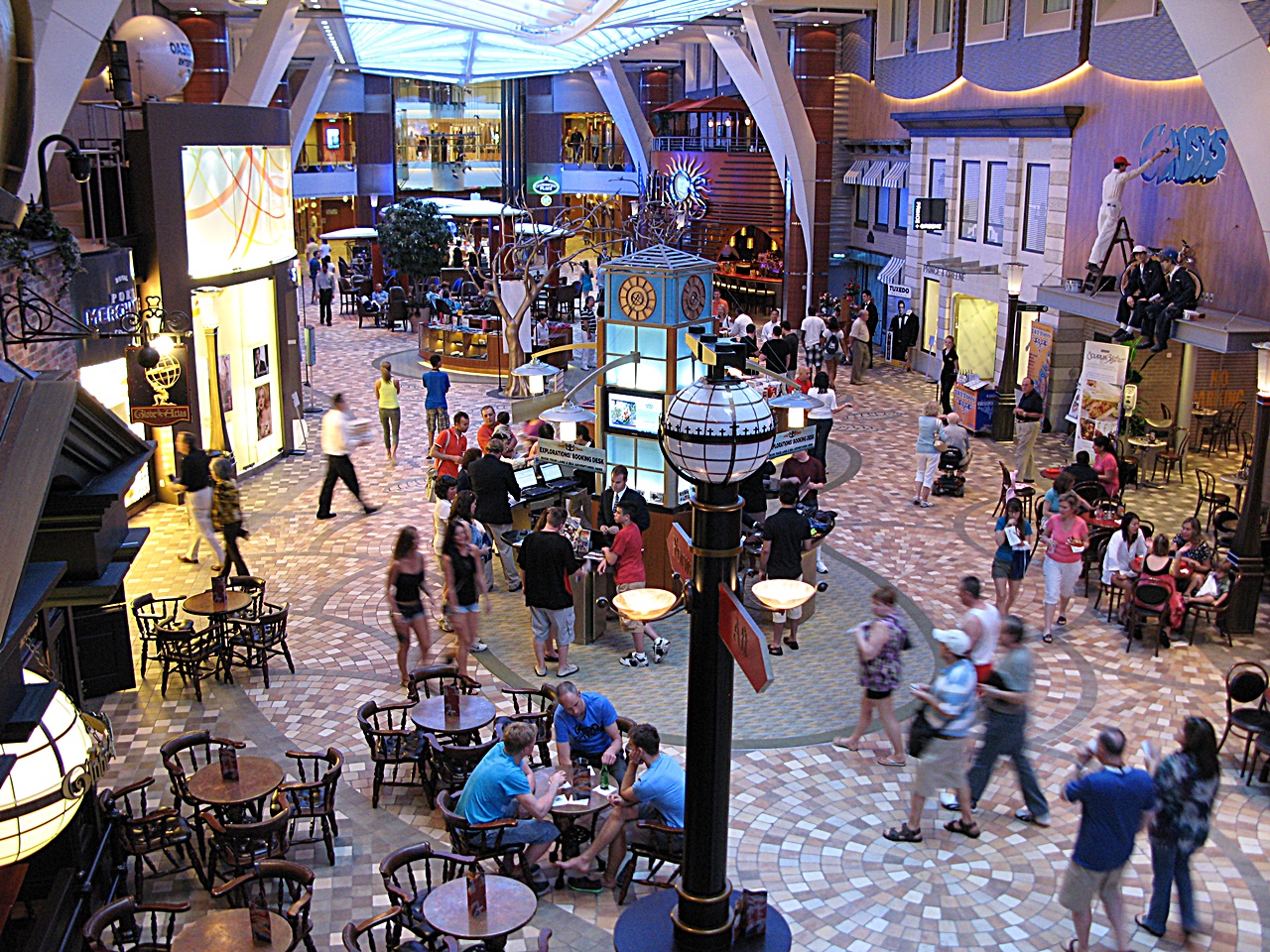 The 3rd major neighbourhood was the Royal Promenade. It had numerous shops, bars and restaurants and looked like a shopping mall, probably because it wasn't open to the sky like the Boardwalk and Central Park. 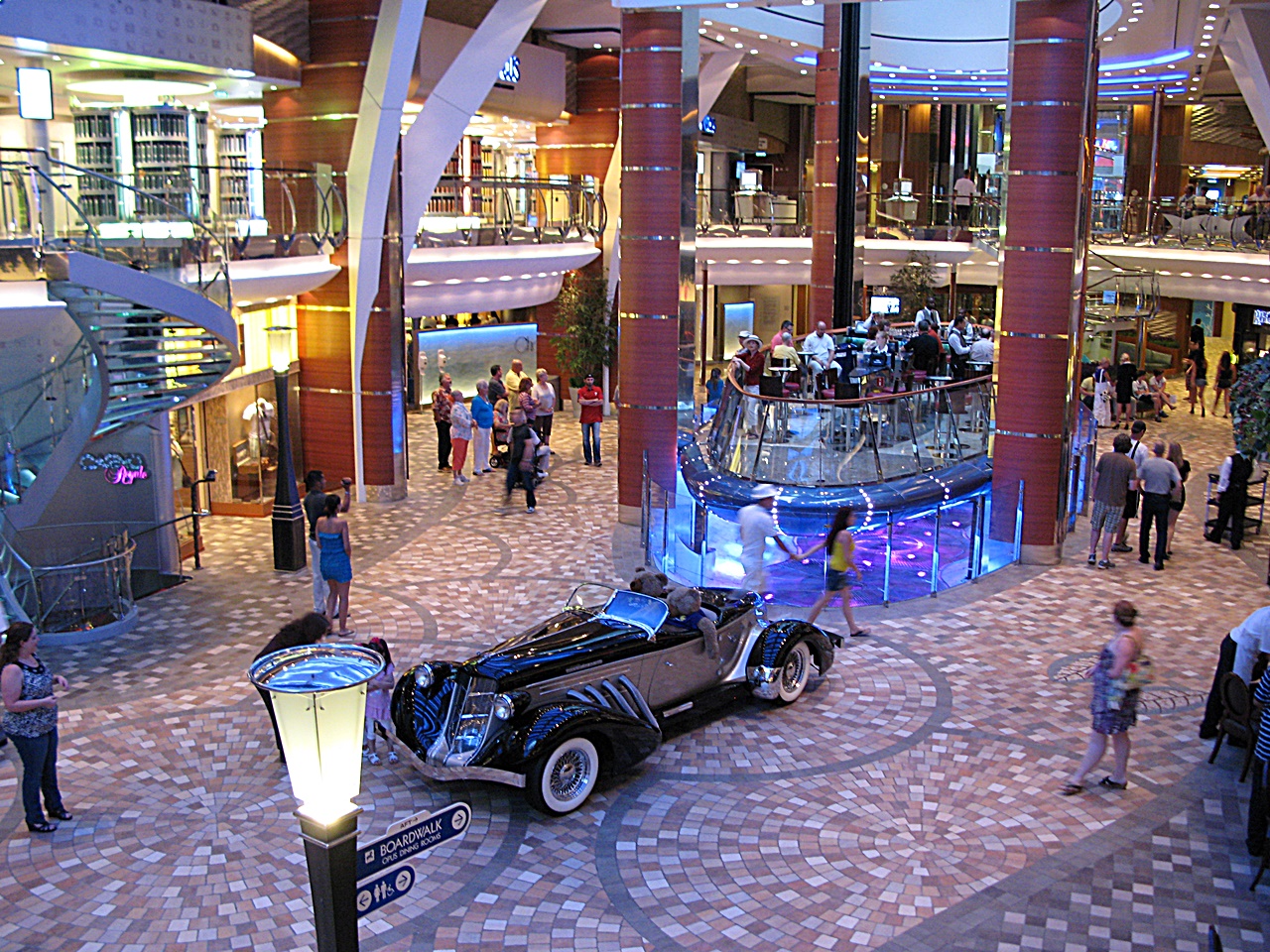 Another view of the Promenade. The bar in the middle actually moved up and down between this neighbourhood and Central Park, 3 stories above, every half hour. We tried it ourselves near the end of the week. 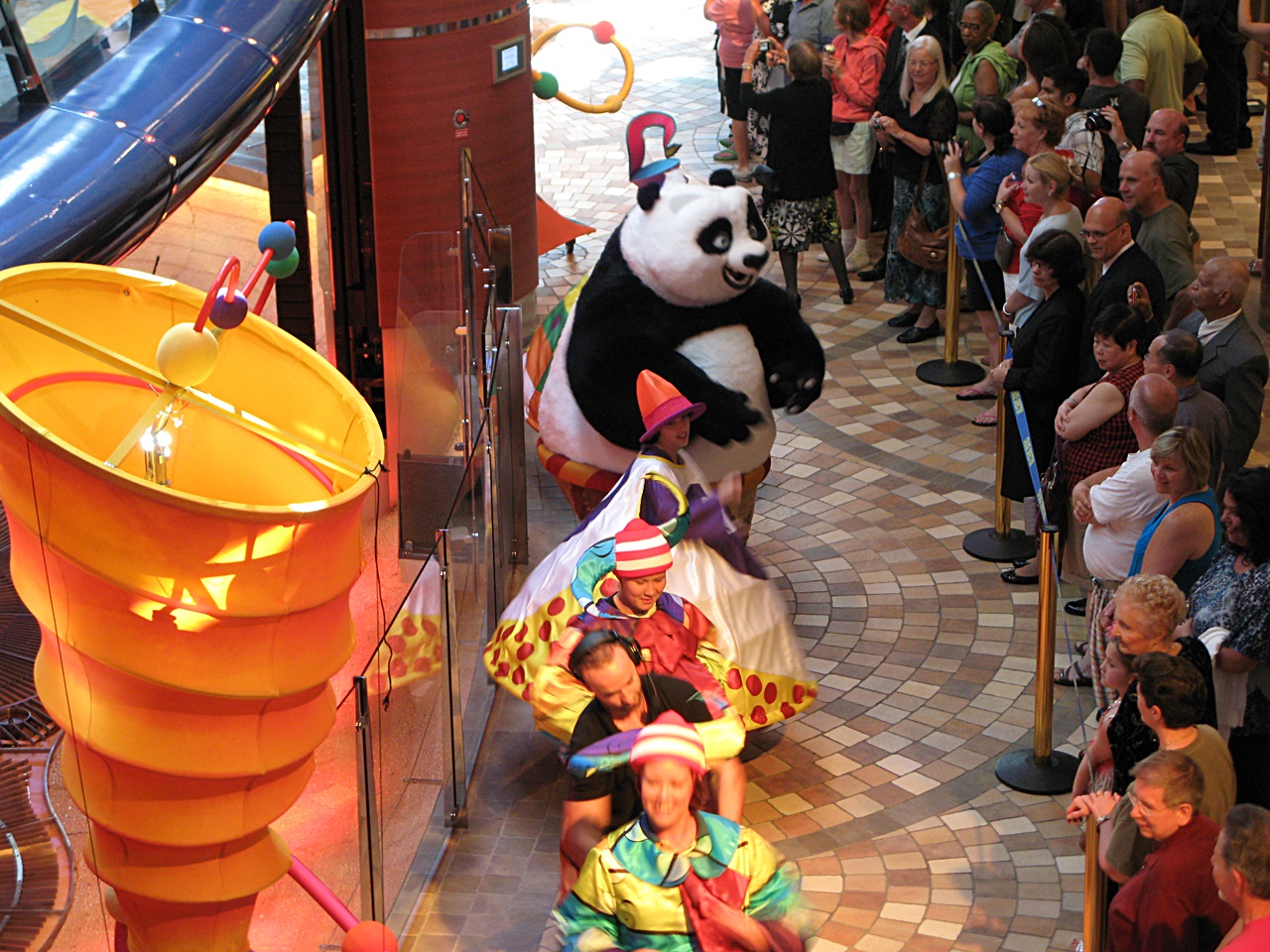 Because there were so many passengers, if there was an large event, it would be held on the Promenade so everyone could see. There wouldn't be enough room in the theatre. This was a parade of DreamWorks characters!