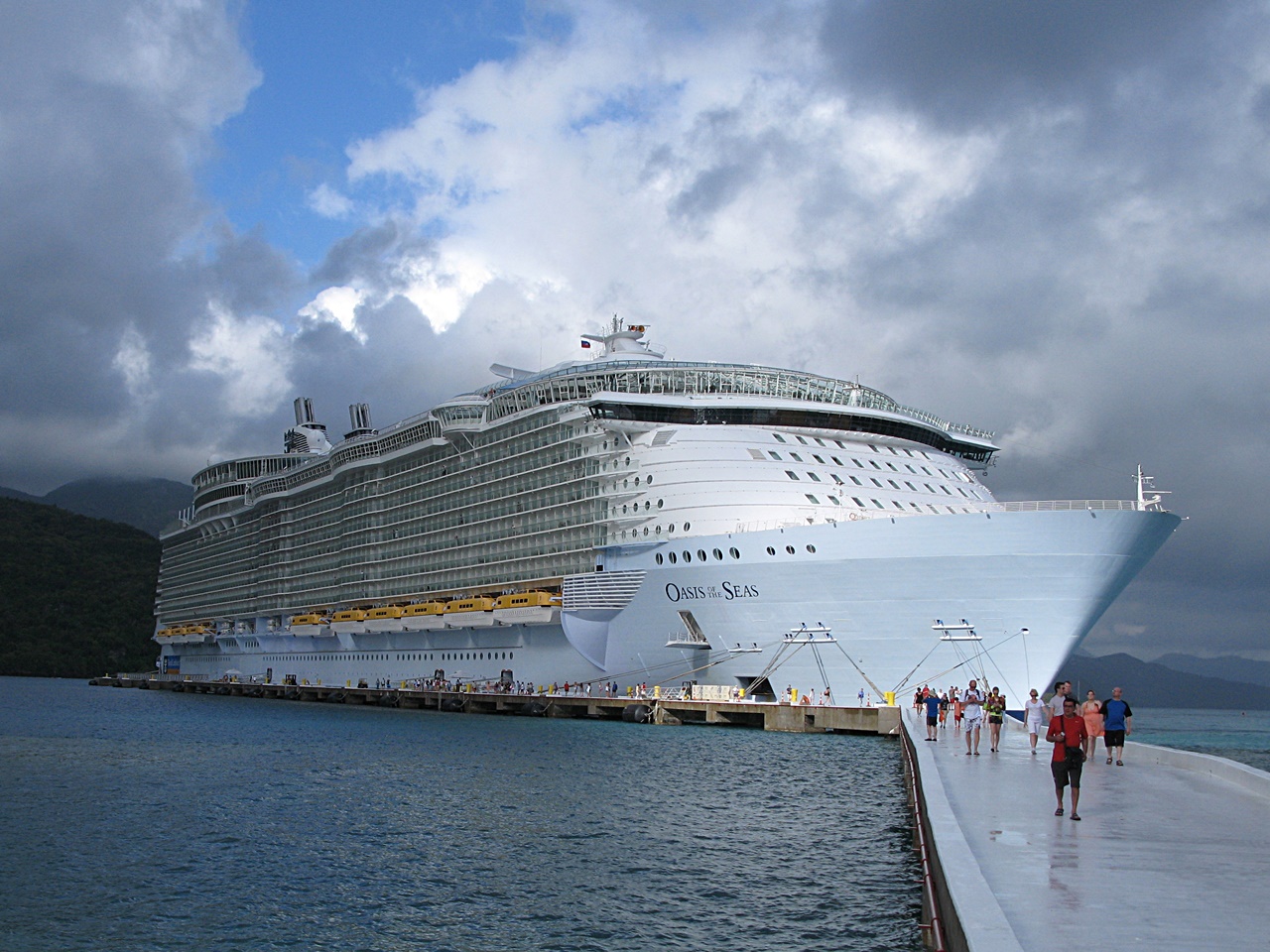 Our first stop was in Labadee, Haiti. It is a private resort owned by Royal Caribbean. This is the ship docked on the long pier (one of many photos I took of the ship whenever we were on land!). 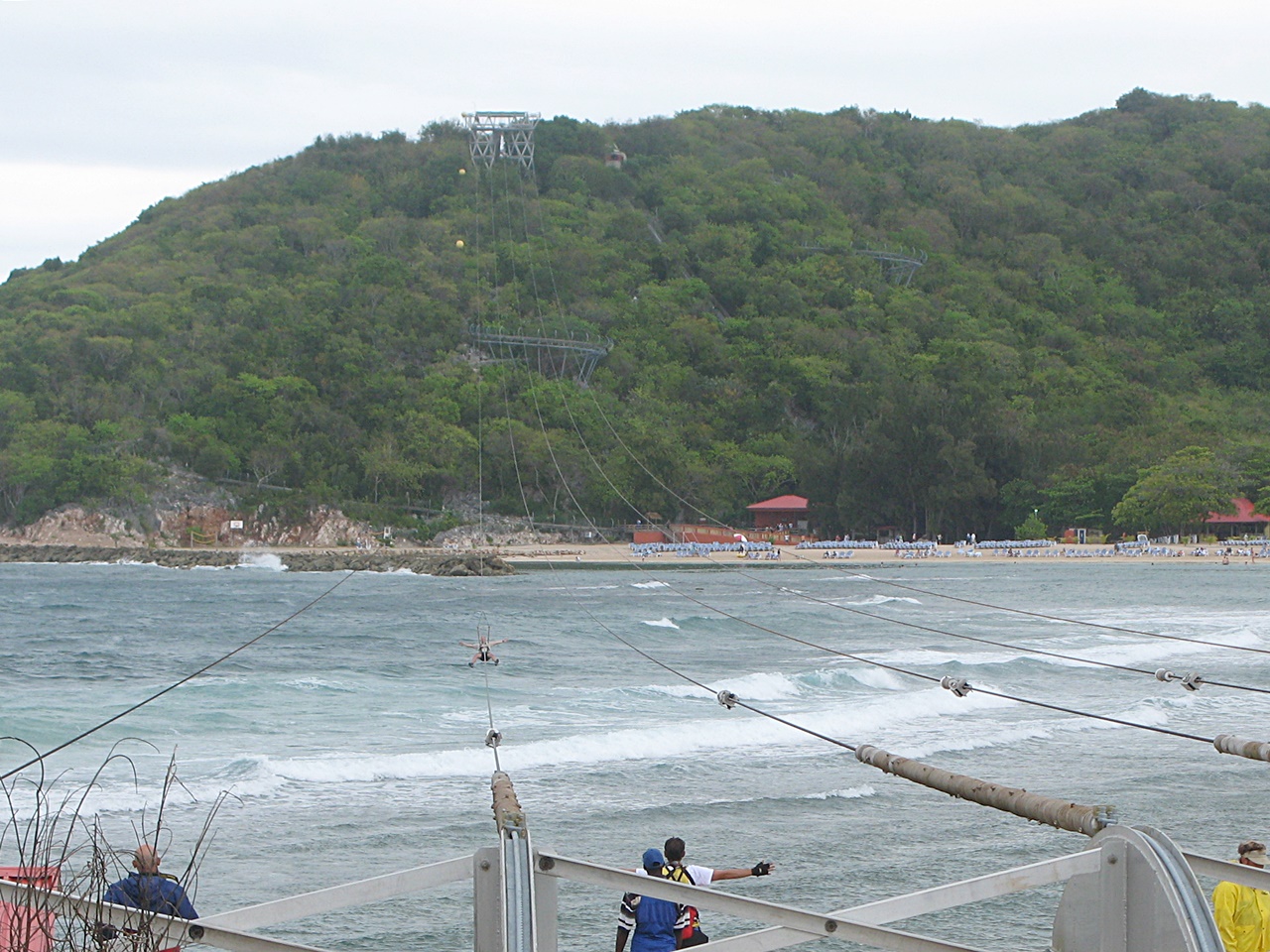 The main reason for us coming to Labadee was for the zip line. It is the longest over water in the world, starting at the top of the hill in the distance. You can barely see someone on the line, second from the left. 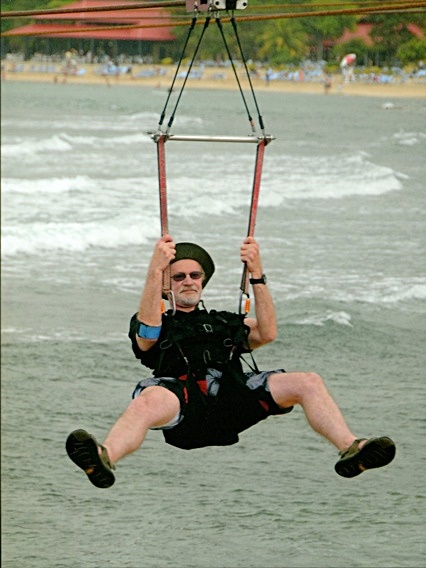 And here I am, just finishing!!

There was a large Artisan's Village in Labadee with many vendors. We were just browsing. 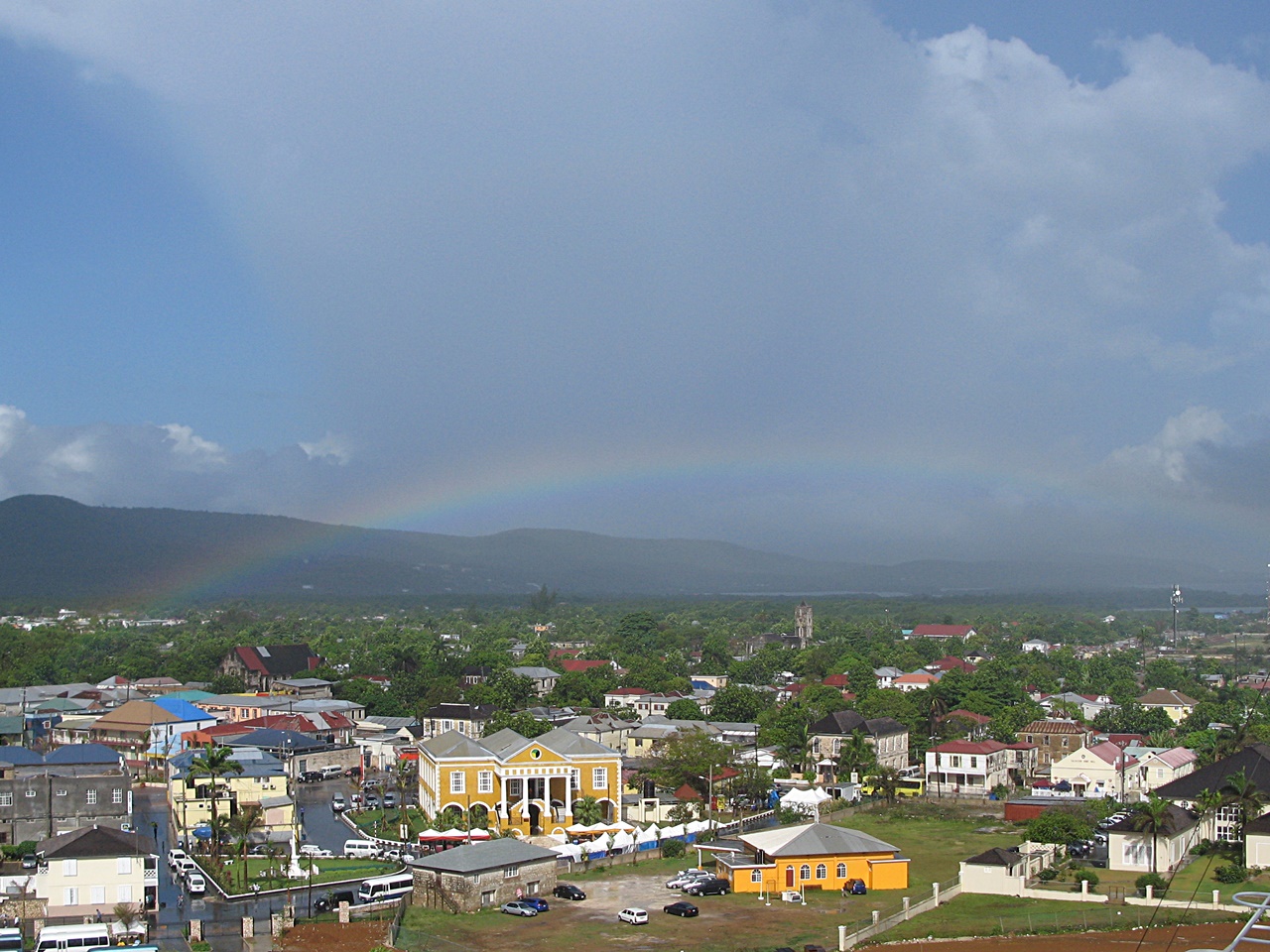 A rainbow over the town as we arrive in Falmouth, Jamaica, our second port of call. 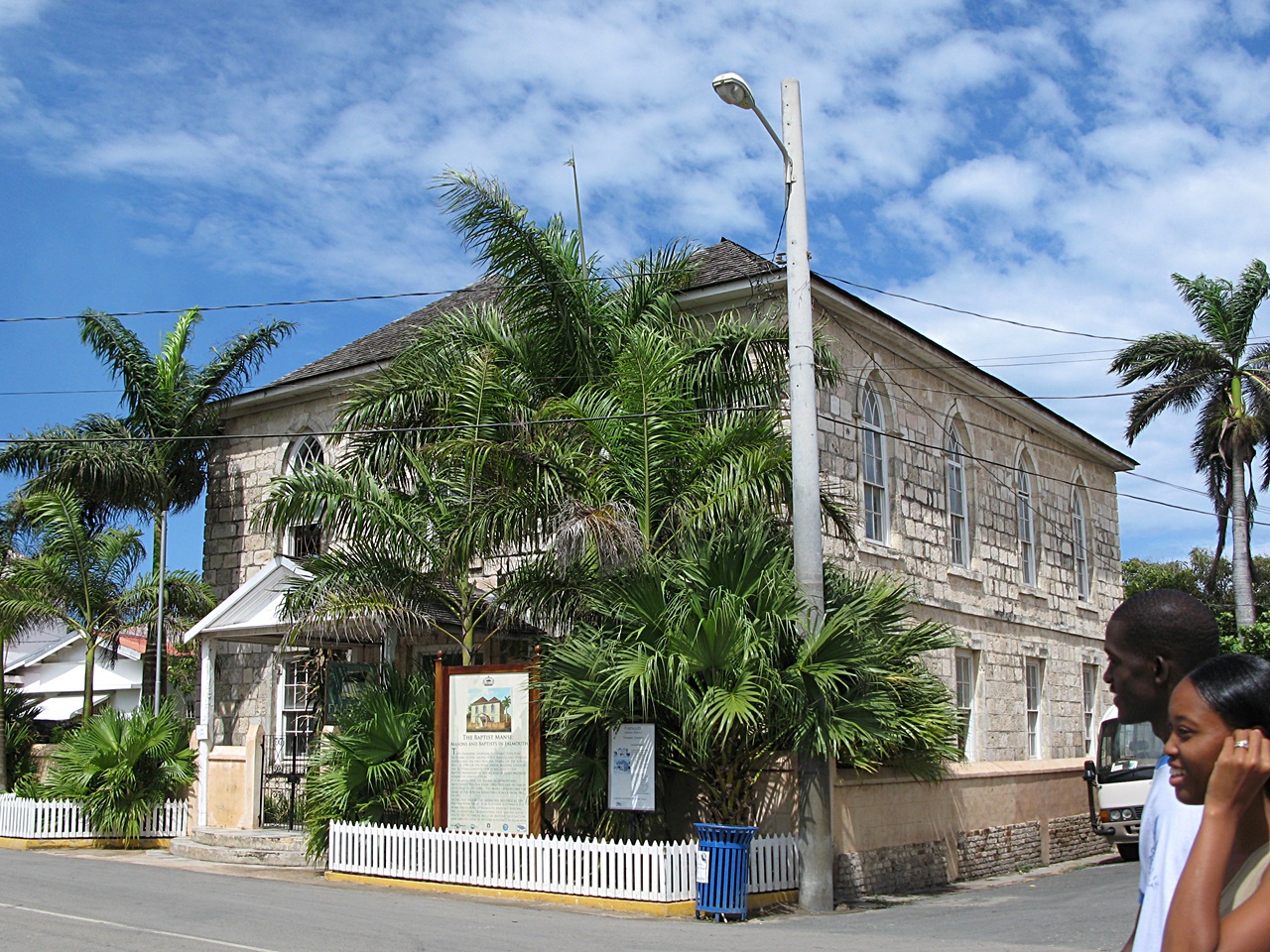 Since Royal Caribbean decided to build a new pier here to accommodate its larger ships, the town has started to flourish. Many of the 19th-century homes have been restored with signs showing what they used to look like. 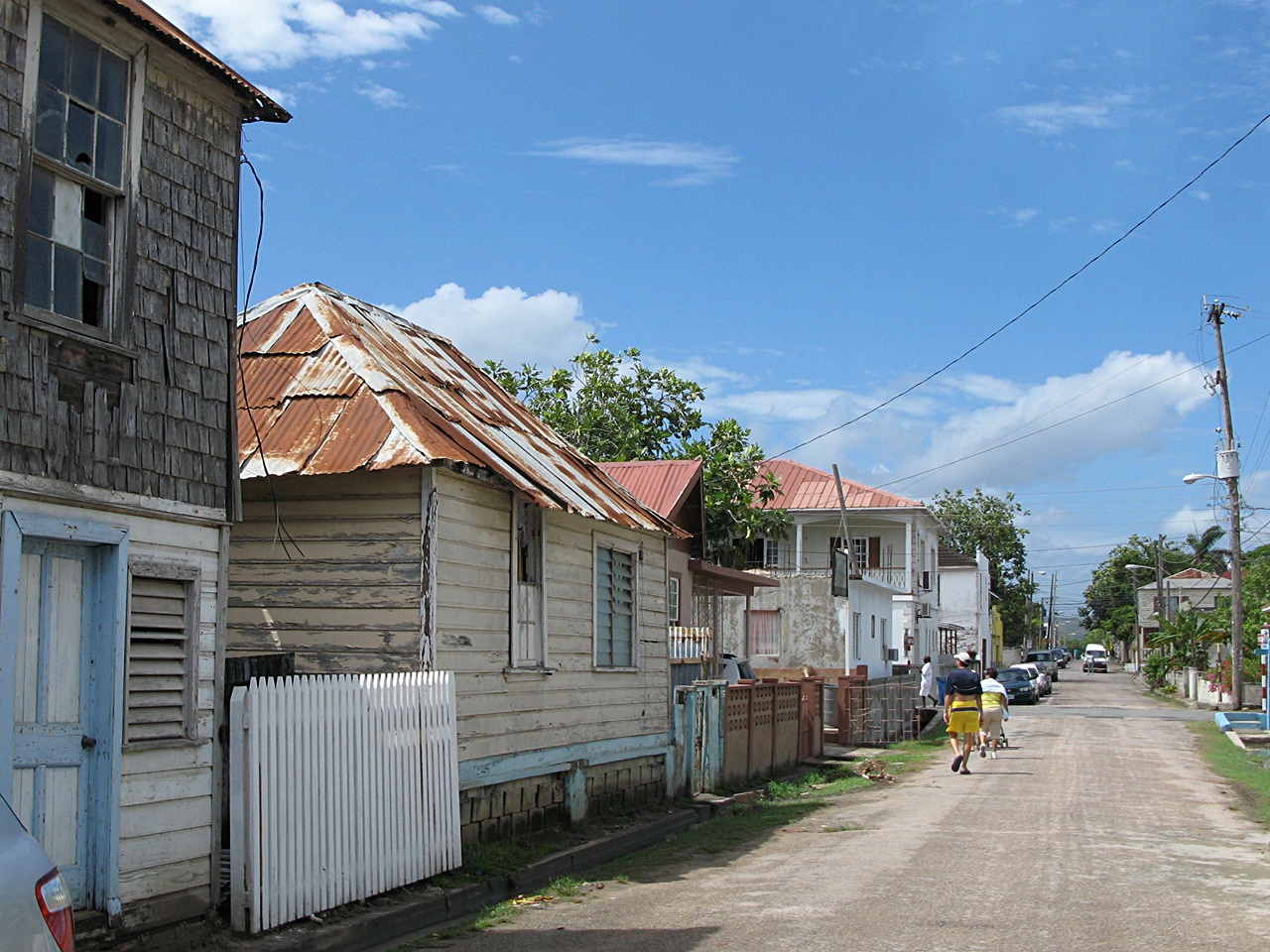 We strolled down some of the back streets to see what Falmouth really looks like. 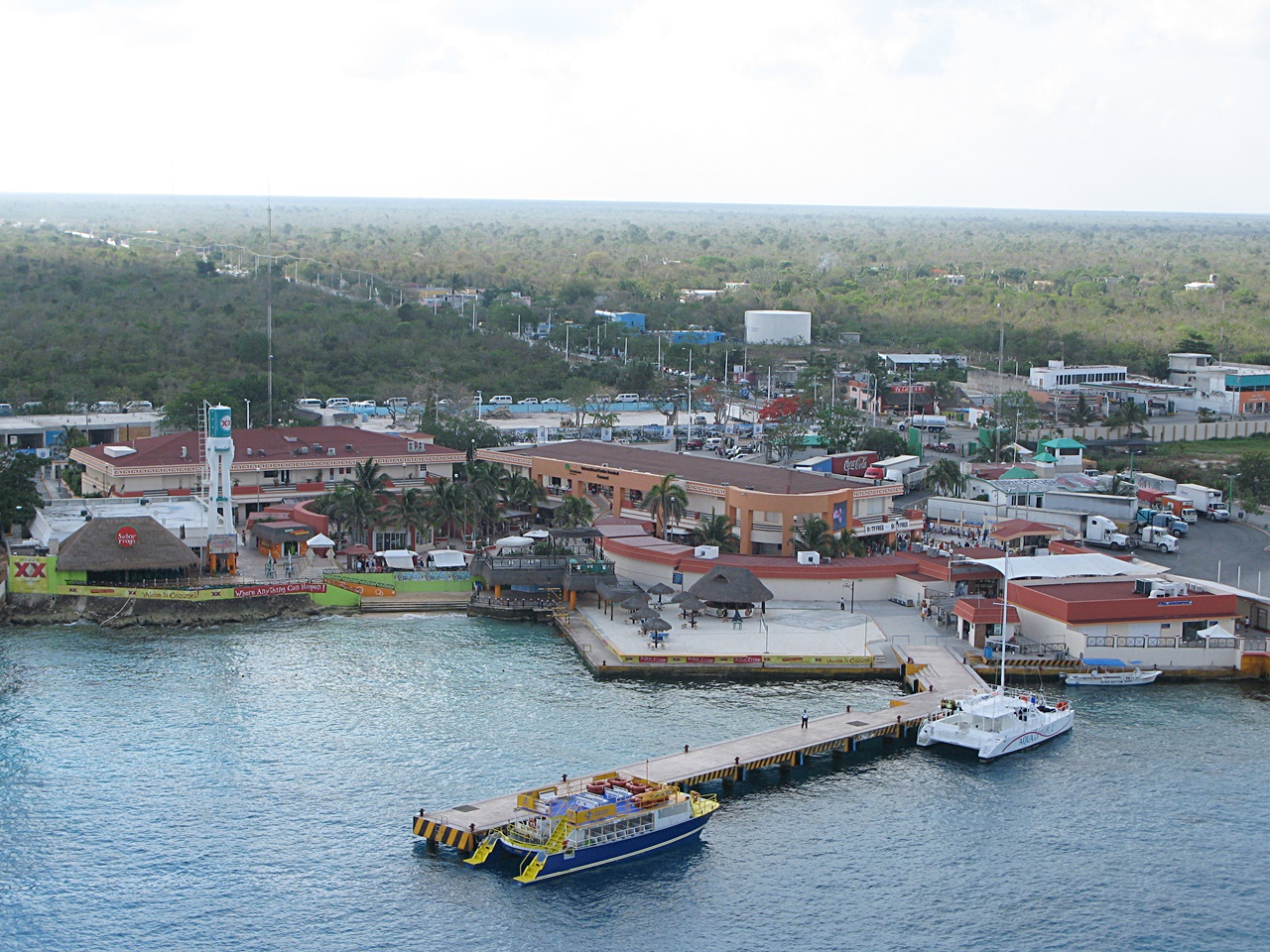 Our last stop was in Cozumel. We had already been here before so didn't have any real plans... 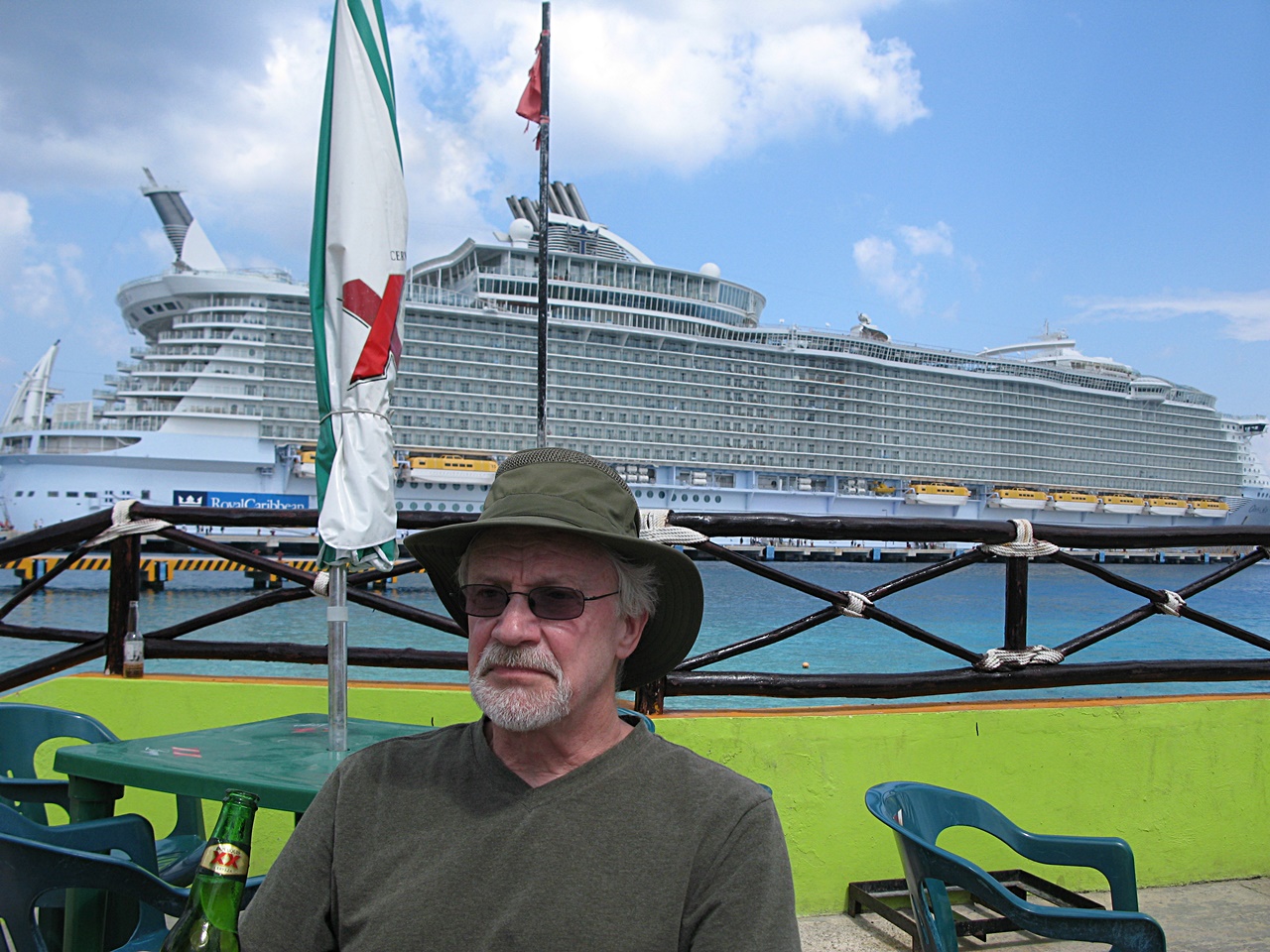 ...we thought we might take a taxi into town but didn't get any further then Seńor Frog's, just off the pier!