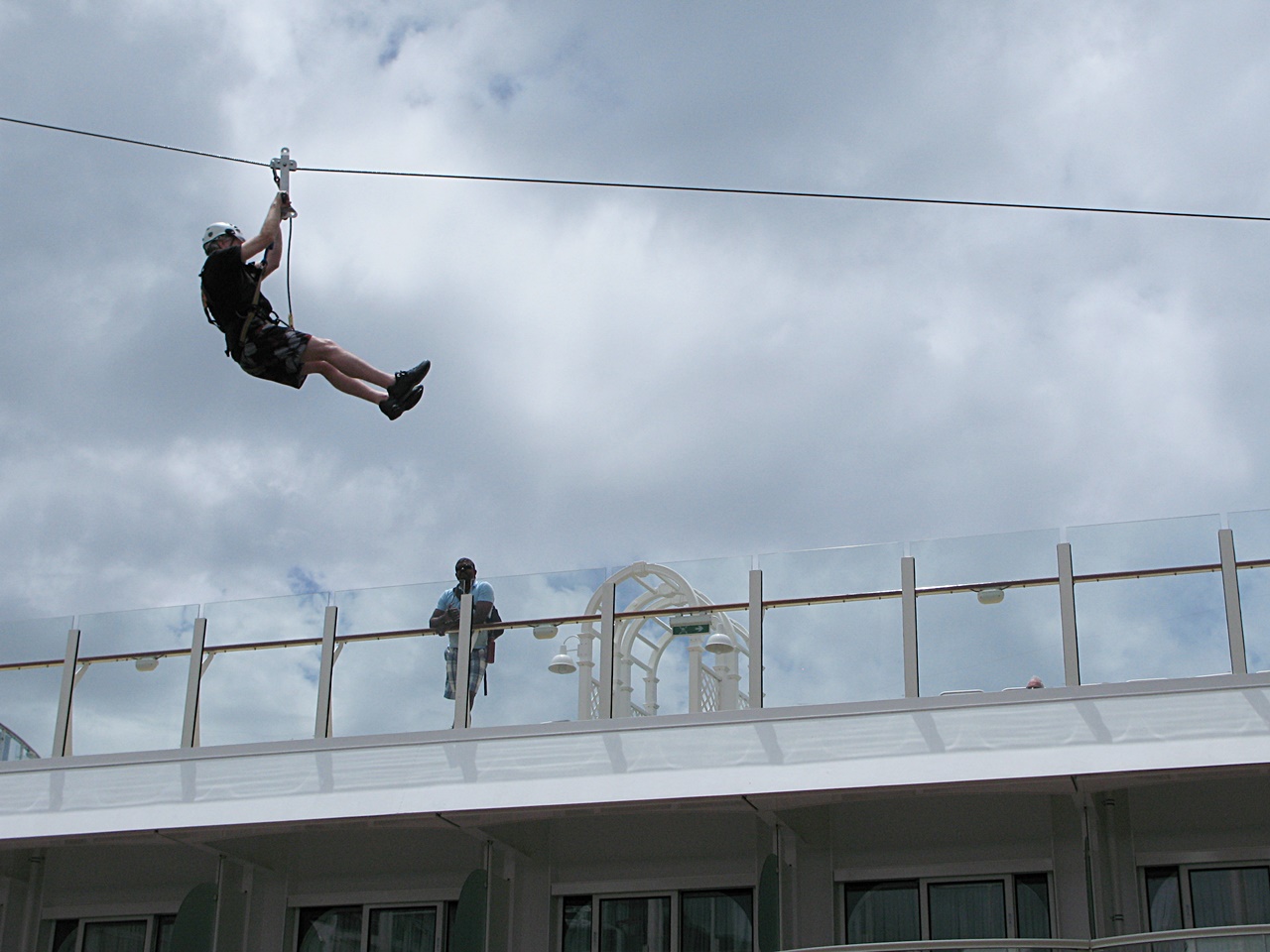 We went zip lining at one of our ports of call but there was also a small one on the ship that we both did. I actually did it a second time for the photo op! Debbie took this picture from our balcony. 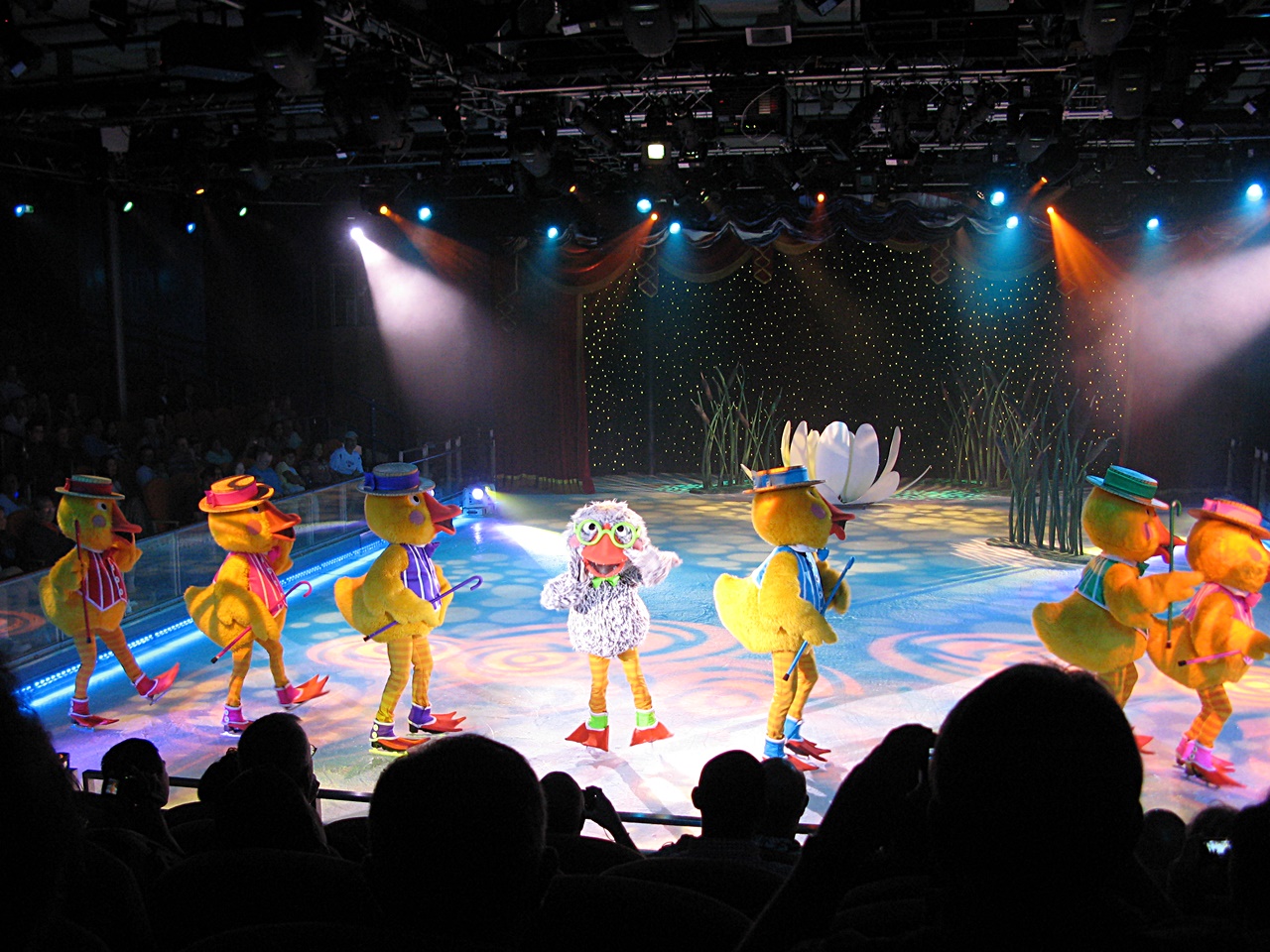 One venue you don't usually get on a cruise ship is an ice rink, but we had one! The show featured the stories of Hans Christian Andersen - this one being, of course, the Ugly Duckling. 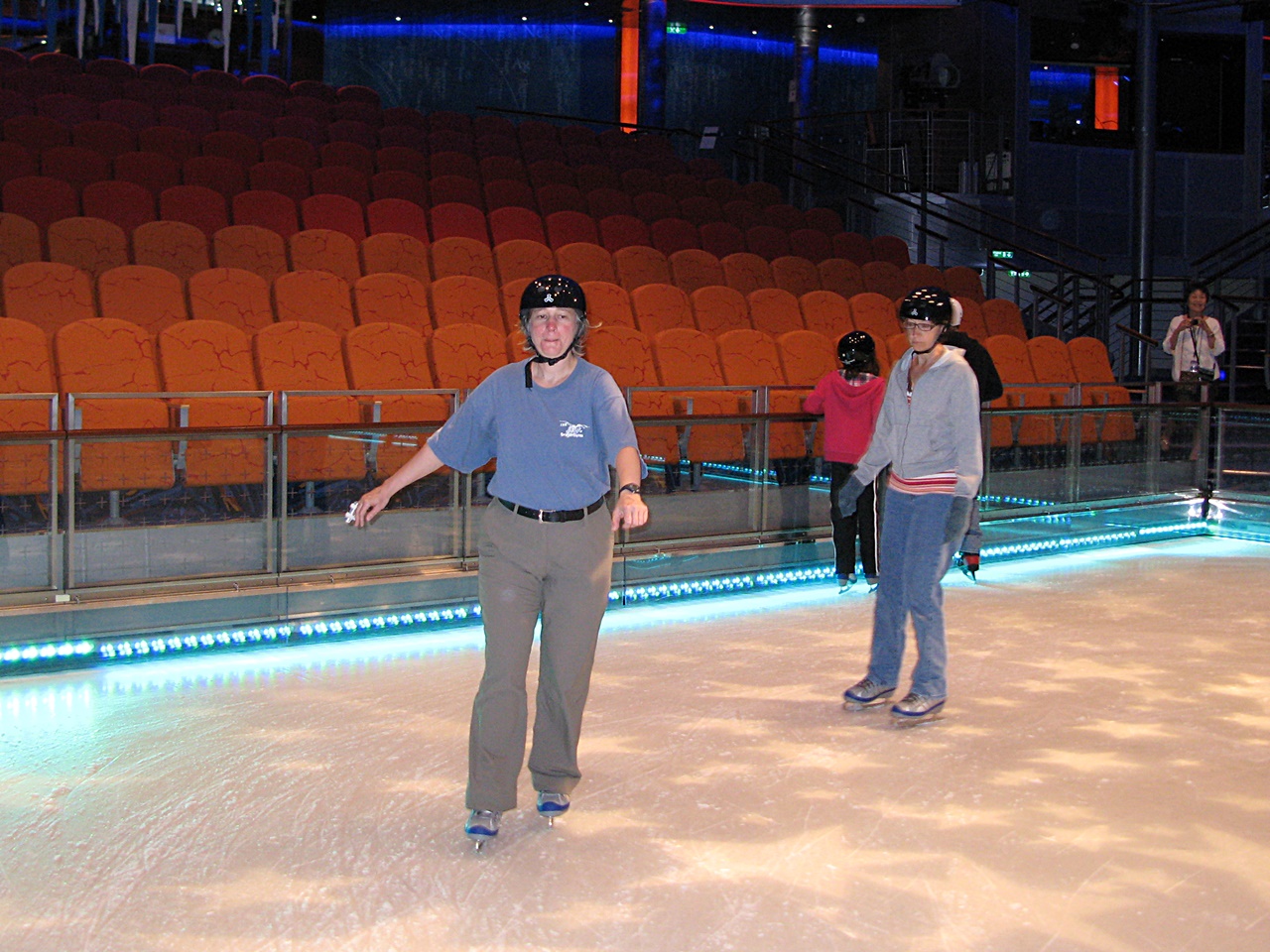 And when the ice wasn't being used for the show or practice, we got to use it. We actually went twice 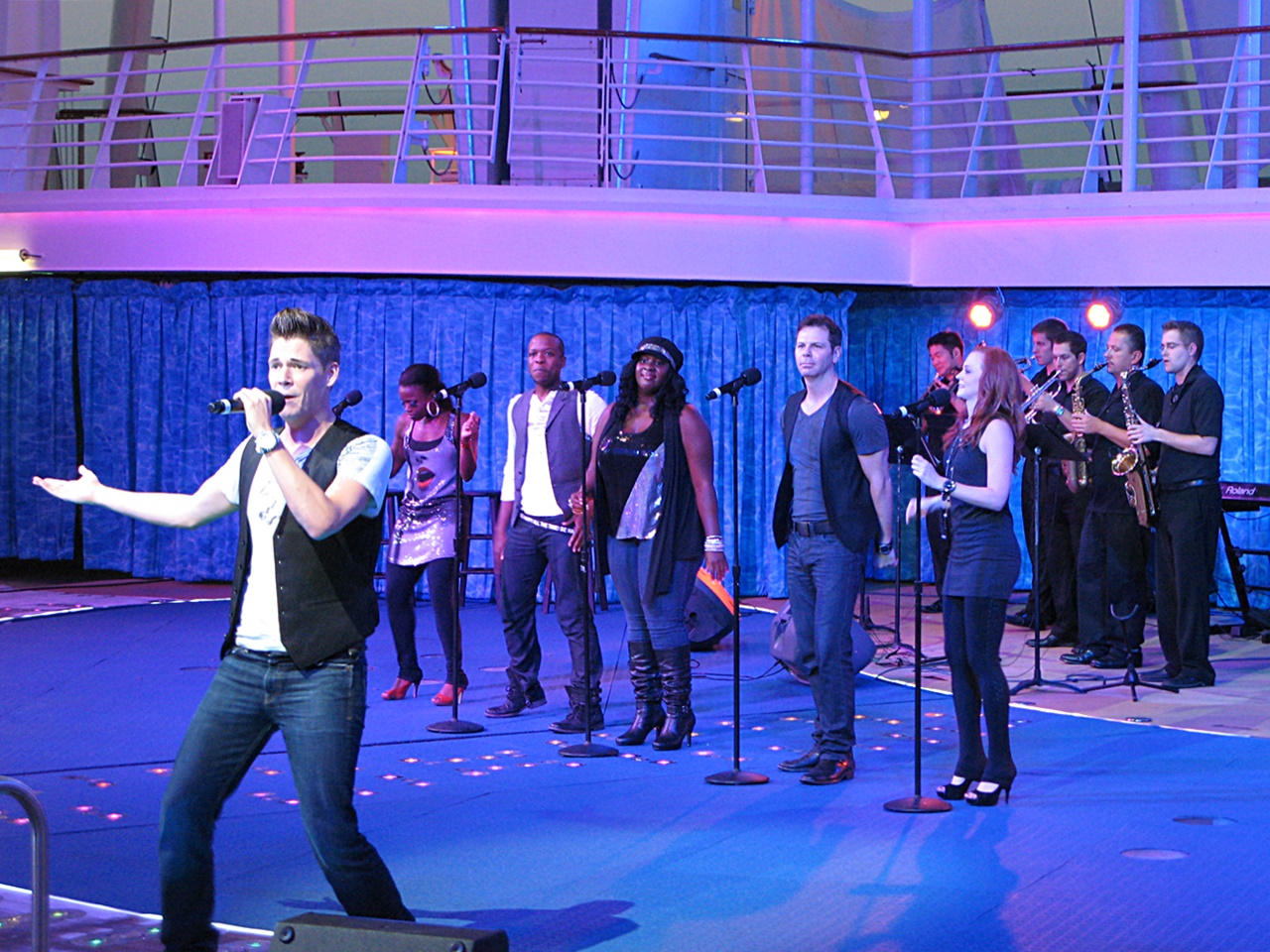 We saw the Broadway musical 'Hair Spray', which was real good. You weren't allowed to take pictures during the show but many of the actors also performed in this 80's revival show in the Aqua Theatre on the Boardwalk. 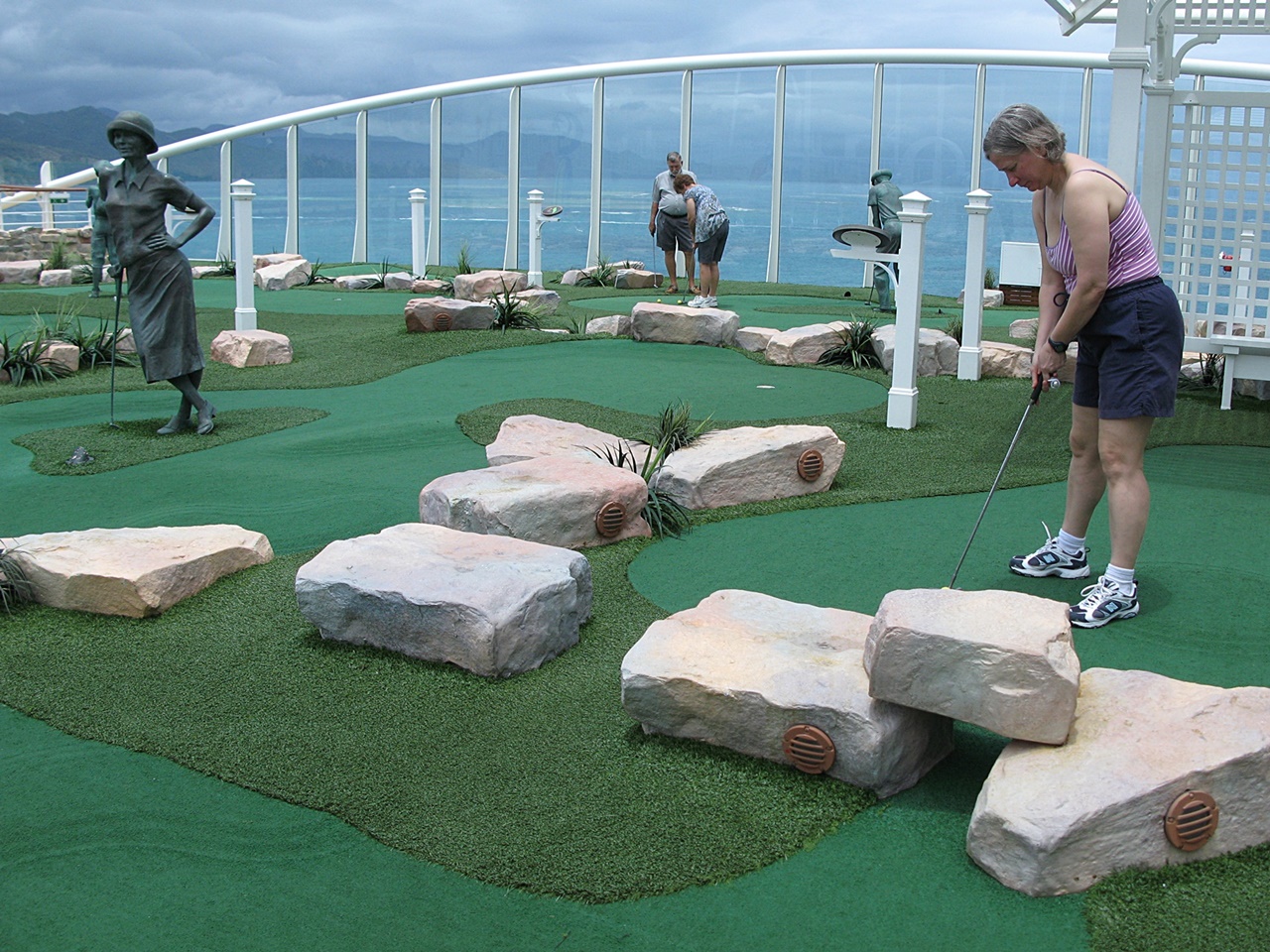 What cruise would be complete without a game of mini-golf. 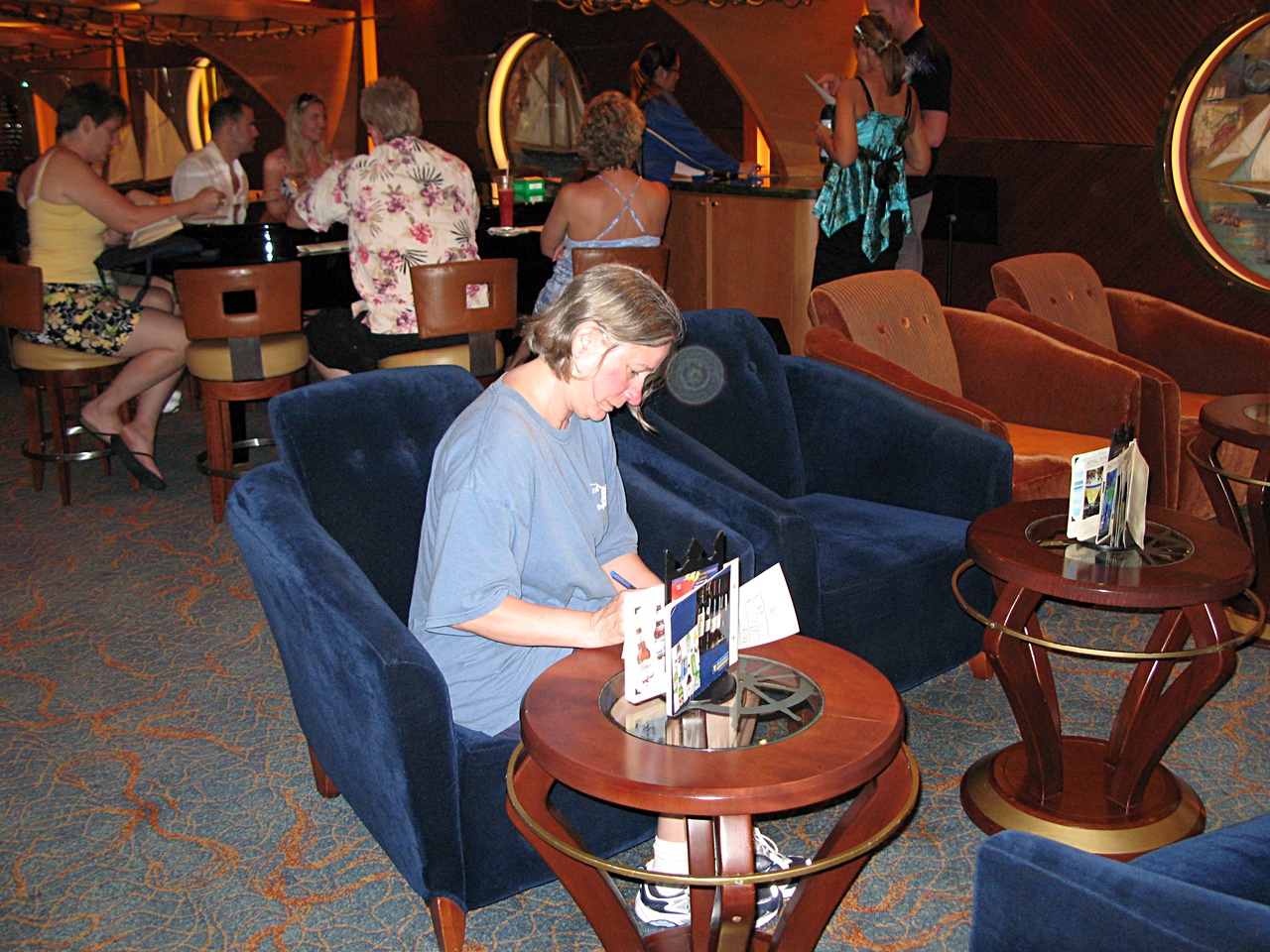 Debbie in a sudoku contest. She won an award for finishing in the fastest time! 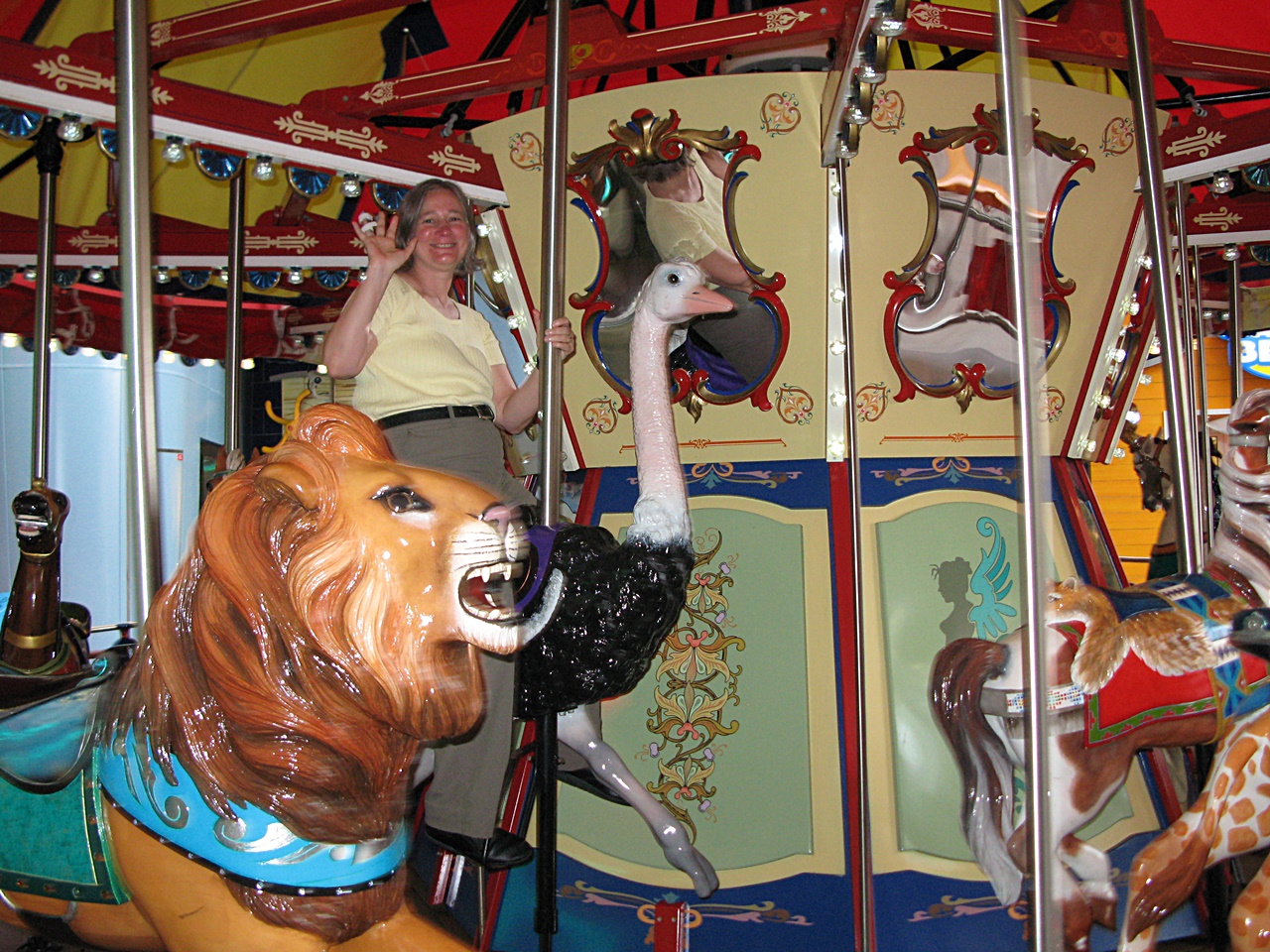 After all this physical and mental exercise, Debbie takes a relaxing ride on the carousel. 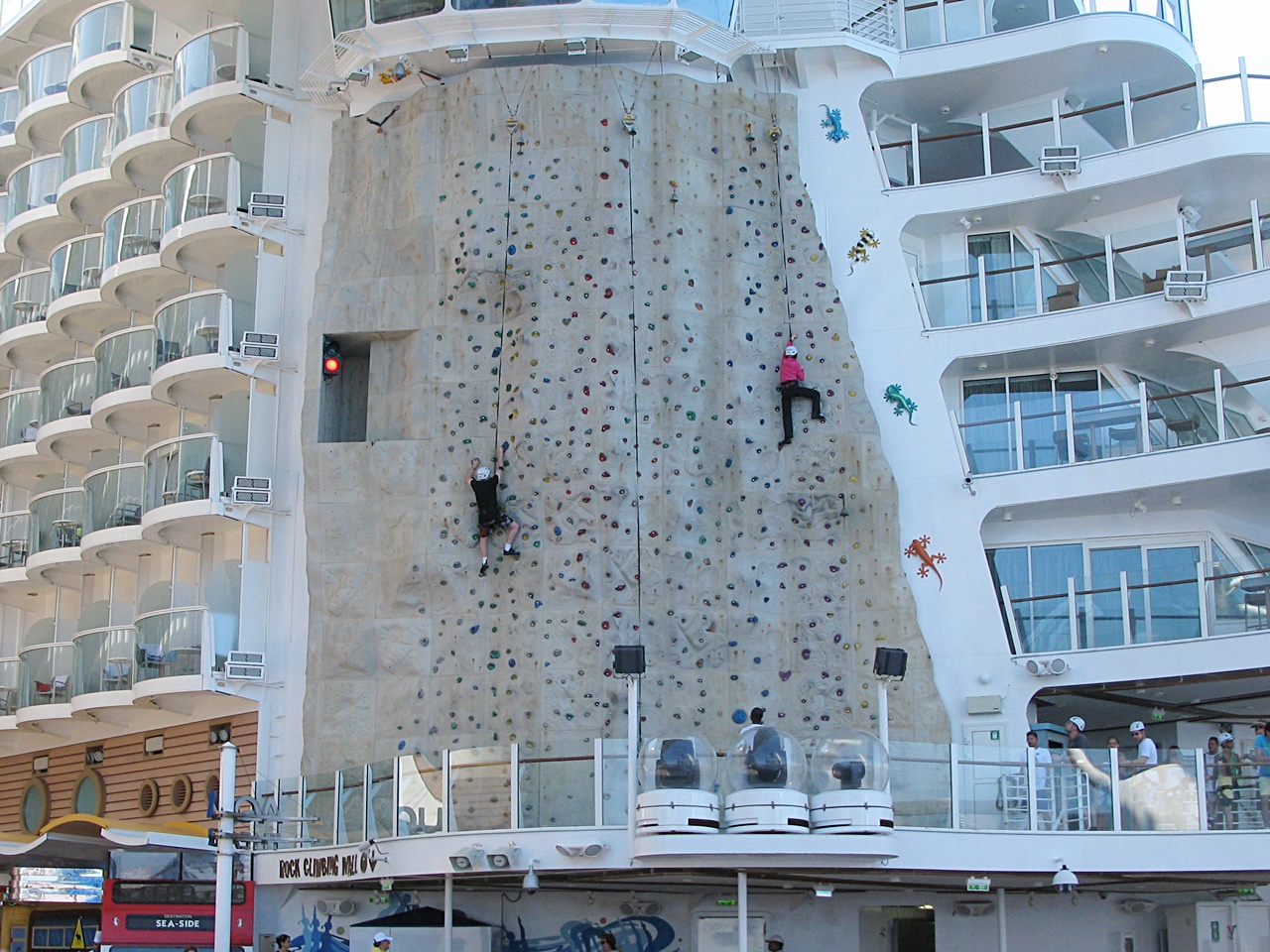 Here I am (in black, on the left) attacking the 5 story climbing wall at the back of the ship! 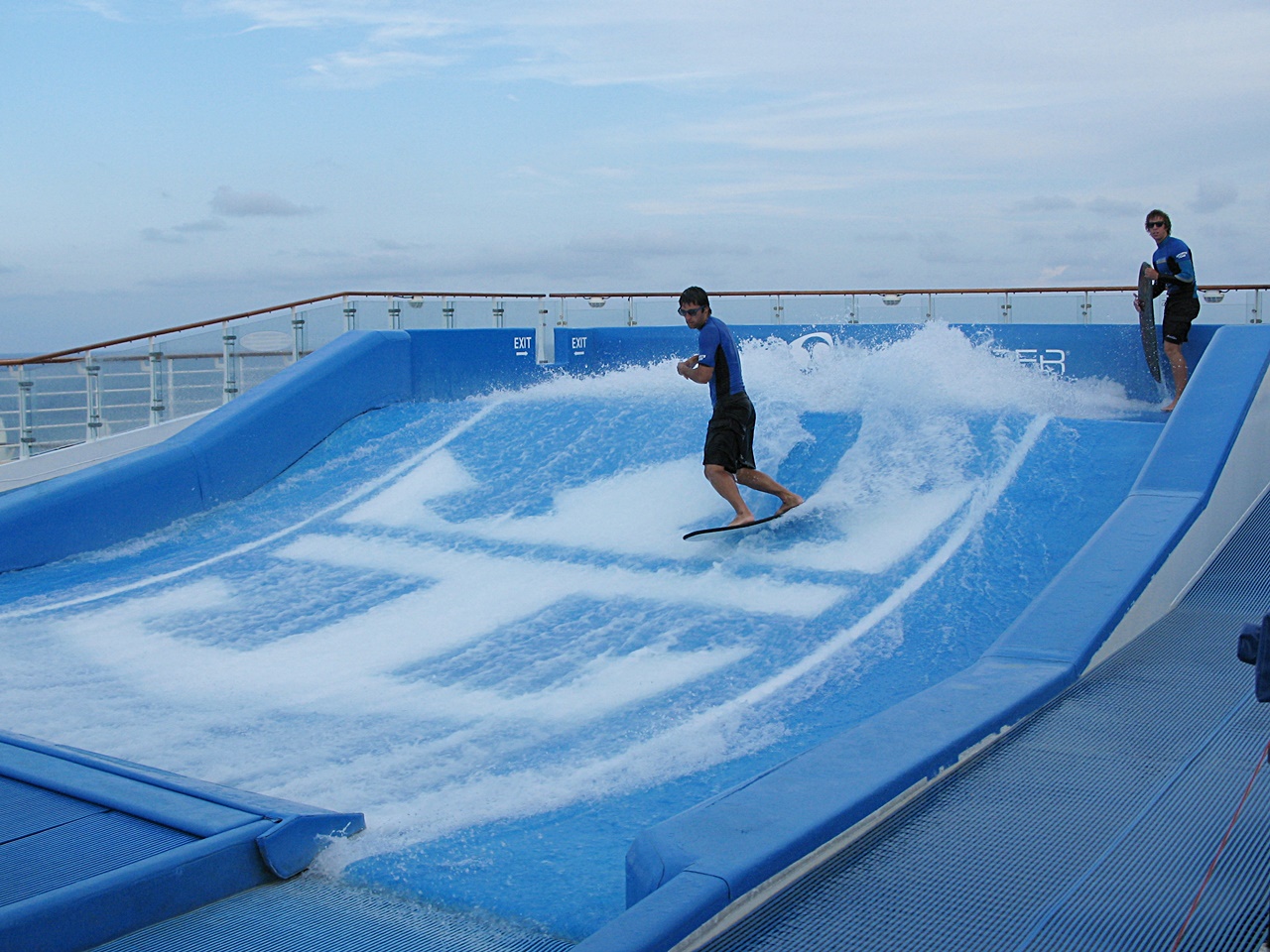 We didn't try surfing on this trip but did on a later Royal Caribbean cruise.